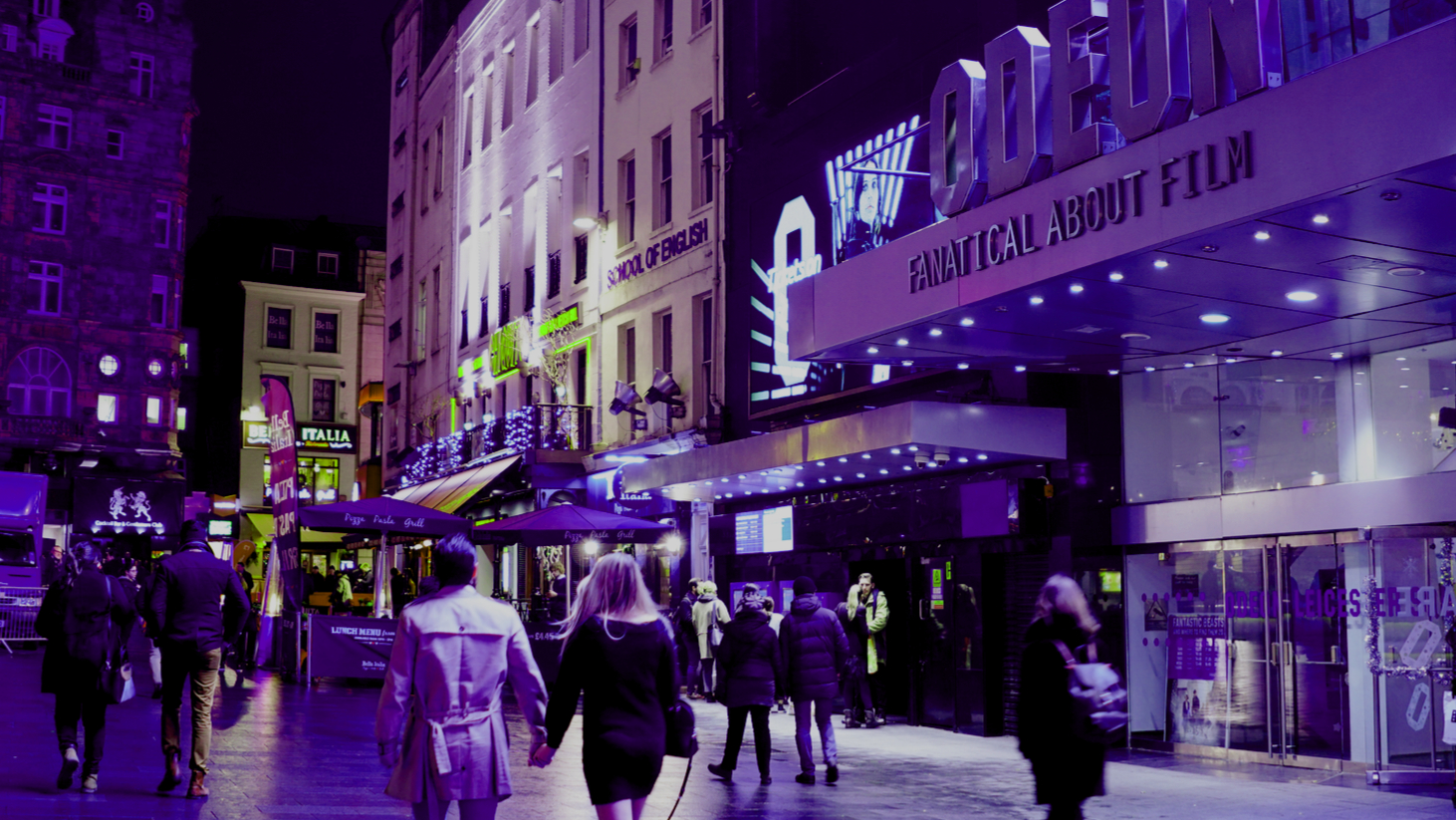 Oh hello, remember me? I’m that money-saving travel blogger who once managed 12 countries in 12 months, then went on to visit 30 countries before turning 30 years old. My passport is probably feeling as neglected as my blog – and I’ve been quiet on Instagram and Twitter too. I have so much I want to write about, but unfortunately this little thing called ‘life seems to get in the way every time I want to sit down to write a post.

When I started at a new company in August 2018, I threw myself straight in, keen to impress and excited to finally be working within the travel industry doing my dream job: content marketing. I love my role, I really do – but the working hours are long and the commute is tough (I spend about five hours travelling to and from the office a day), so sadly I have little energy for writing in my free time. Frying my brain looking at my laptop all day, I like to relax on the train back by watching films – many of which fuel my wanderlust, leaving me itching to break free from commuter life.

So why don’t I travel more and blog at weekends? Well, when I’m not working or commuting, I can normally be found with a drill in one hand and tube of caulking in the other. At the end of 2017 I bought a house. It’s a real ‘doer upper’ that needs a lot of work, so most of my weekends are DIY weekends. It’s getting there, albeit slowly.

At the beginning of April I put the finishing touches to the third room (having already completed my bedroom and the bathroom). It’s a beautiful spare room/office space, so I finally have somewhere relaxing to sit while working from home – and hopefully once back from my next trip (Paris and Montreal), somewhere to blog… 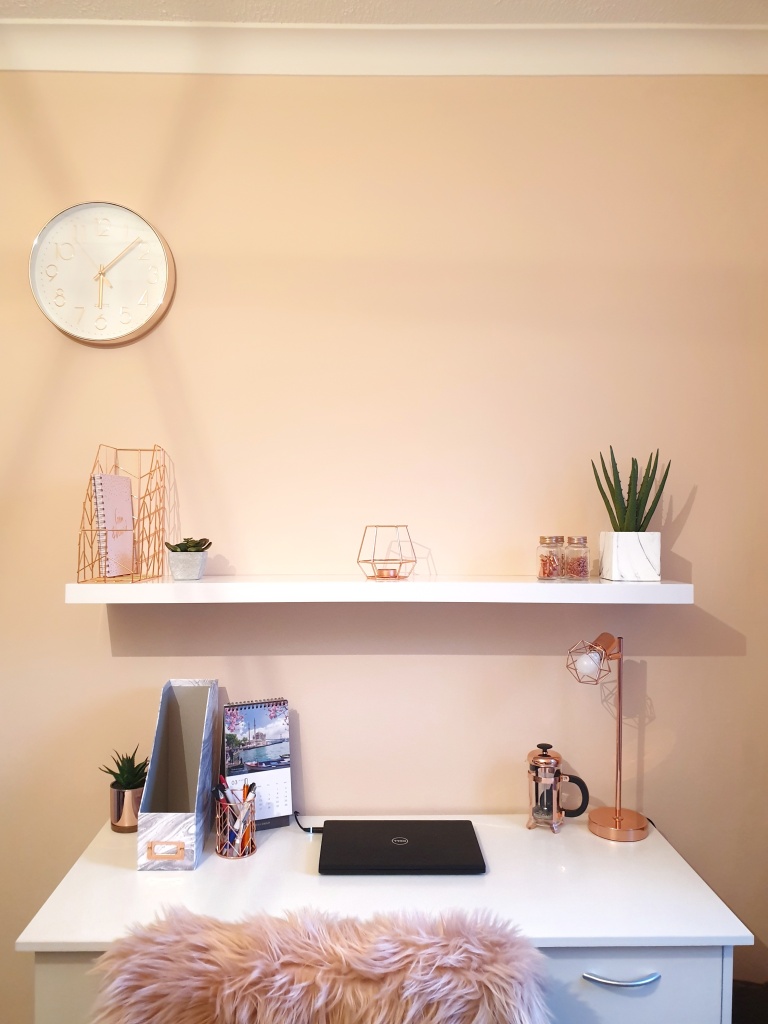 Movies to inspire you to travel.

Now to the main feature, what you’re all really here for: the best travel movies.

I’ve spoken before about how Instagram often inspires me to visit somewhere new – and it’s the same for films. So if you are looking for a good story or some travel inspiration, then draw the curtains and settle down with some movie snacks, to watch any (or all – what else are Sundays for?) of these films. They’ll have you Googling places and planning a trip before the end credits are even rolling…

In two minds about a trip to India? Watch The Best Exotic Marigold Hotel and thank me when you’re in Delhi or Jaipur, exploring beautiful temples, meeting some of the friendliest people on the planet and chowing down on proper authentic curry.

This British film was the one that not only sparked my desire to go to India, but also my grandma’s. After chatting to her about how much I’d enjoyed the film, we both agreed we’d love to go to India one day – and that’s exactly what we did, just nine months later. You can read all about our trip here: 7 days in India: exploring the Golden Triangle.. 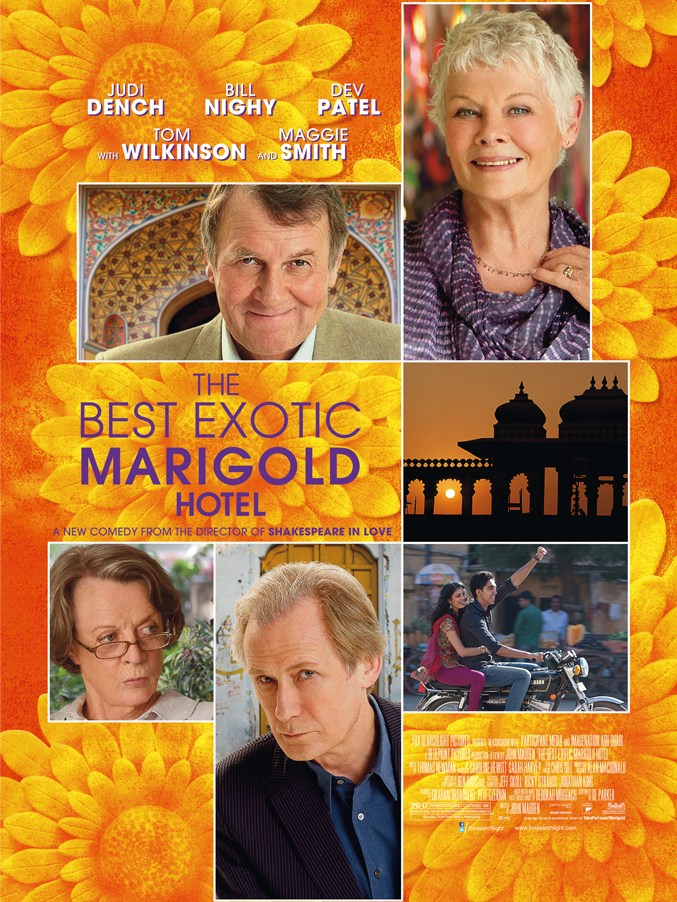 When Cheryl Strayed’s life throws her one too many hurdles, she turns to the great outdoors for solice and closure from both the death of her mother and her previous addiction to heroin. The story follows her 1,100 mile journey hiking the Pacific Crest Trail, and the hardship that comes with it. Based on a true story, Wild is a must for any traveller.

One of the reasons this film inspires me is my affinity with the storyline. Having been in traumatic and difficult situations previously, hiking was (and I’m sure still would be) one of my coping mechanisms. My own hikes had me exploring the achingly beautiful areas of Spurn Point, Dane’s Dike and the Trans Pennine Trail in East Yorkshire. 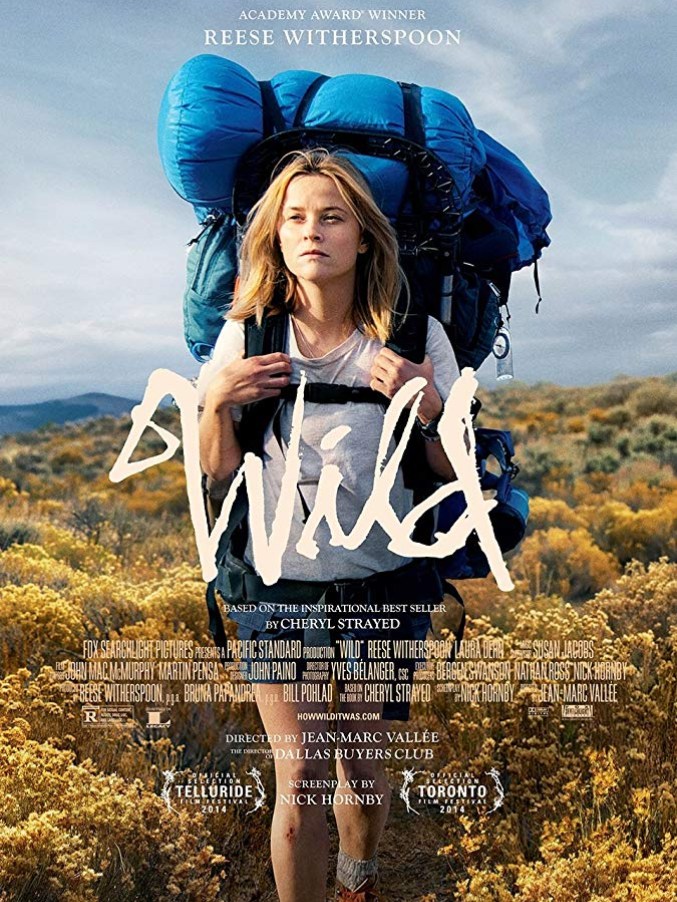 Want to travel solo, but not sure you’re brave enough? Watch BAFTA award-winning actress Pauline Collins as Shirley Valentine, a middle-aged housewife who’s taken for granted by her husband Joe and spends her days cooking, cleaning and (quite literally) talking to her kitchen wall. I don’t want to ruin the story for you, but when she gets the chance to venture to Greece, she takes the bull by the horns and goes for it, finding herself and others along the way.

4. The Secret Life of Walter Mitty.

The first time I watched The Secret Life of Walter Mitty was on the plane back from Mexico. I didn’t think I would enjoy it, as I’m not much into fantasy/time travel sort of films, but this one features some of the most incredible travel destinations. Interestingly, a lot of the scenes (even the ones set in the Himalayas and Afghanistan) are filmed in Iceland. I’m pretty sure the adventures of Walter Mitty will leave you longing for an extraordinary adventure of your own.

If you ignore the fact that this film is actually a murder mystery (and one of Agatha Christie’s finest at that, in my opinion), Death on the Nile will have you booking flights to Egypt quicker than Hercule Poirot can say “Belgian! Belgian eavesdropper!”. Filmed on location in Karnak, Aswan, Cairo, Luxor, Abu Simbel and Giza, this film is not only one of my favourites, but also has me reminiscing of my own trip to Egypt back in 2013.

If you watch any film from this list, make sure it’s Into The Wild. The film is based on the unbelievable-but-true story of university graduate and top athlete Christopher McCandless, who abandons his possessions, gives his entire $24,000 savings account to charity and hitchhikes to Alaska, where he lives in the wilderness. This inspiring movie will probably stay with you forever – and the landscapes of Alaska are breathtaking.

Now, I know this isn’t the happiest of films, but Adrift is based on the inspiring true story of two free spirits whose chance encounter leads them first to love, and then to the adventure of a lifetime. Both avid sailors, they set out on a journey around the world in a small boat, not realising that they are sailing directly into one of the most catastrophic hurricanes in recorded history. It’s an unforgettable story about the resilience of the human spirit and the transcendent power of love – it left me wanting to find someone to sail around the world with.

8. Under the Tuscan Sun.

Set in quite possibly the most beautiful part of Italy, Audrey Wells’ film Under the Tuscan Sun is a romantic drama that will leave you head over heels in love with Tuscany, dreaming of just dropping everything to relocate and fall madly in love (and not just with the jaw-dropping, colourful countryside). If you’re anything like me, have a few tissues at the ready, because this one will have you crying happy tears. 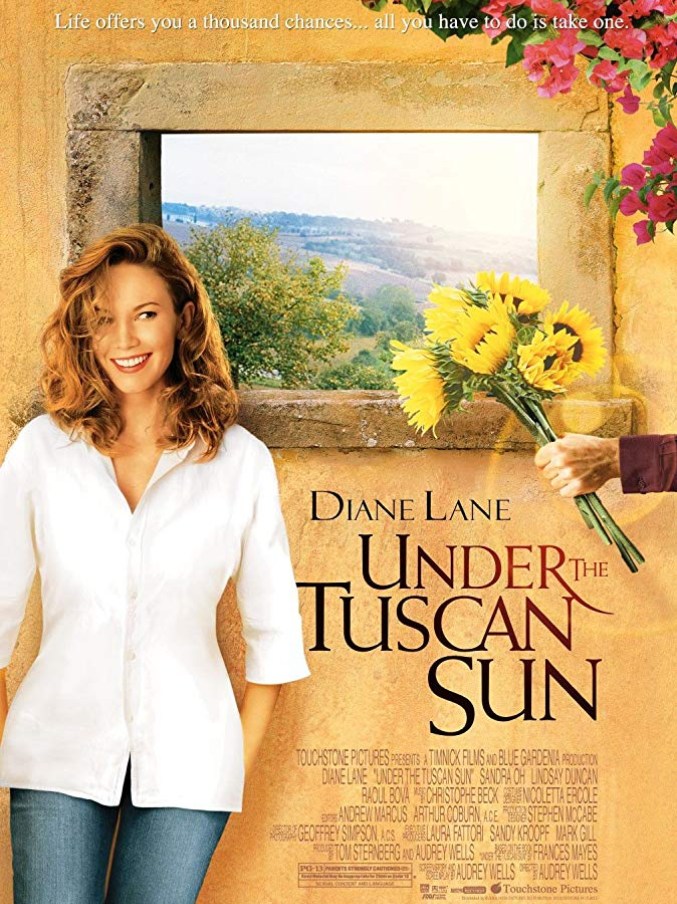 In A Good Year

, Russell Crowe plays a high-powered London businessman who inherits his uncle’s chateau and vineyard in Provence, France. As he learns to appreciate the slow life (and good wine) in the French countryside, he discovers a new laid-back lifestyle and rekindles a relationship with a childhood friend. Why do I love it? It reminds me of my summer holidays as a teenager, spent in the same area in a similar house. Nostalgia. 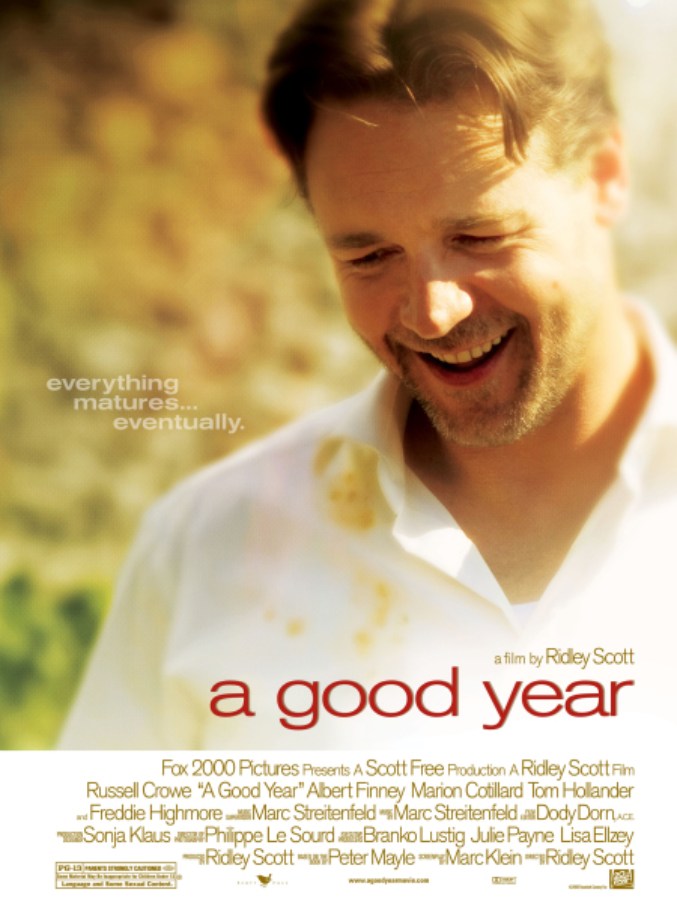 Ok, I know it’s an old one, but Out of Africa definitely deserves a place in the all time favourite travel movies list. Meryl Streep and Robert Redford star in the tragic love story about a married baroness who falls for a big-game hunter, based on the autobiographical novel by Isak Dinesen. Filmed in Kenya and the UK, this classic won 7 Oscars and countless other prizes, and will definitely get you dreaming of Africa. It’s one of those movies that you can watch again and again.

11. Indiana Jones and the Last Crusade.

If there was one hero in my childhood that sparked my love of travel, it was Indiana Jones. All the Indiana Jones movies are great, but especially The Last Crusade. When I saw Petra on screen back in the early 90s, I knew I would go there eventually – even though at the time I had no idea where it was or where Jordan was! And in May 2017, I managed to see the magnificent temple carved out of sandstone for myself, as I finally ticked it off my bucket list.

Though not my favourite National Lampoon’s film (that title goes to National Lampoon’s Christmas Vacation), National Lampoon’s Vacation was where the world first met the Griswolds. The film spoofs the tried-and-true American tradition of a family road trip, taking the Griswolds through Death Valley and the Grand Canyon, on their way to Walley World. Add in a whole load of mishaps and a hit theme song in Lindsey Buckingham’s “Holiday Road,” and you have a film everyone should watch once.

The 80s were definitely the action movie era, but Romancing the Stone took that concept and blew it out, mixing in pinches of Indiana Jones and a whole lot of romance. Co-starring Michael Douglas and Kathleen Turner, the adventure begins when the leading lady travels to Colombia in search of her kidnapped sister – but things soon turn dangerous when she finds herself in the middle of a perilous journey hunting for treasure with a mercenary rogue. If this film doesn’t make you fall in love the most amazing South American country, then read all about why my heart belongs to Cartagena – you’ll be packing your SPF20 in no time.

Movies that will make you want to stay home (and hide under the covers).

And, here are four films you definitely shouldn’t watch if you’re in two minds about going travelling…

This is an amazing, true story of a Uruguayan rugby team’s plane that crashed in the middle of the Andes mountains on their way to a game in Chile. The survivors of the crash are forced to do anything and everything they can to stay alive, with meagre rations in below freezing conditions. Alive is a tale of faith endurance and determination – so why is it in my “movies not to watch” list? Turning to cannibalism isn’t something I’d want to do on a trip to South America…

Back in 2016, when I told dad I was going to Prague for a weekend, his immediate response was: “Why? You’ve seen Hostel, right?”. As a self-confessed gore and horror film junkie, of course I’d seen the film. Though I didn’t let it put me off travelling (alone) to Eastern Europe, I am always wary about where I book to stay, in any country. My last trip to the Czech Republic had me staying in the beautiful Seven Days Hotel, which thankfully was a far cry from the accommodation in Eli Roth’s film. 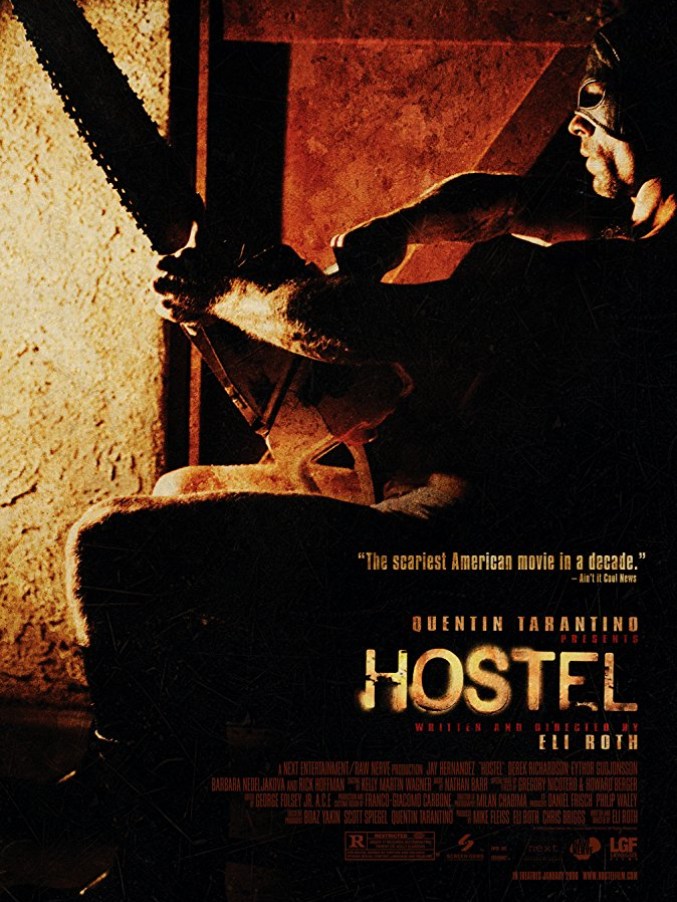 Never have I ever wanted to backpack around the outback of Australia less than after seeing Wolf Creek. This 2005 horror had me jumping from the get go – so if you’re planning a trip down under, definitely don’t watch it.

I recently watched Welcome Home on the commute back from work (yay for Netflix), and was gripped for the entire film – it’s twisted, jumpy and very modern. While the idea of staying in a romantic secluded chateau in Italy with an unlimited supply of wine in the cellar is very appealing, after watching this film I’ll think carefully before I book anywhere that isn’t a standard hotel.

What films have you watched that have inspired you to travel? Or are there films that have really put you off venturing somewhere? Drop a comment below with your recommendations.

All photos from: IMDb

64 thoughts on “13 films to feed your wanderlust and inspire you to travel.”