What’s better than a trip abroad exploring a new place? A little roadtrip in your home country to explore a new place, of course. Travelling isn’t all about getting on a plane after all. And now that I’m living up north there are load of new places to go.

Last weekend the boyfriend took me on a little surprise trip across the Humber Bridge to Lincolnshire. Not knowing where we were heading, I sat there quietly looking out the window, eyeing up little villages and country pubs, compiling a mental list of more places to visit.

And then, after what seemed the longest drive ever, we arrived, greeted by one of the strangest sights I’ve ever seen…

Hundreds and hundreds of big blubbery seals were sprawled out on the shrubby dunes of the Lincolnshire beach, basking in the chilly December sun. If it wasn’t for the grunts and moans coming from the shoreline, the motionless lumps could easily have been mistaken for dead bodies. 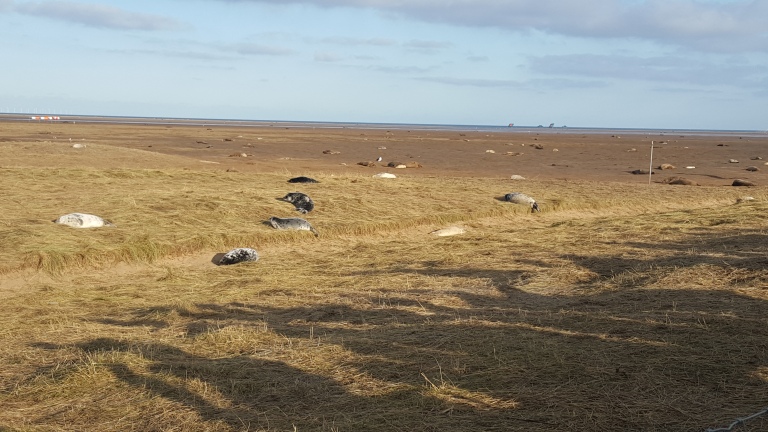 The boyfriend had brought me to Donna Nook, a nature reserve famous for being a breeding ground for Britain’s grey seals.

The reserve covers over 6.25 miles of coastline, between Grainthorpe Haven in the north and Saltfleet in the south. However, as the Ministry of Defence still maintains part of the area as a bombing target range, only the seal viewing area is accessible.

For most of the year the grey seals at the Donna Nook nature reserve are at sea or hauled out on distant sandbanks. But every winter the seals give birth to their pups near the sand dunes: a wildlife spectacle which attracts visitors from all over the UK.

The viewing area – which is open from late October through to the end of December – at the foot of the sand dunes, reduces disturbance to the seals, while also making sure visitors are safe from the massive mammals. 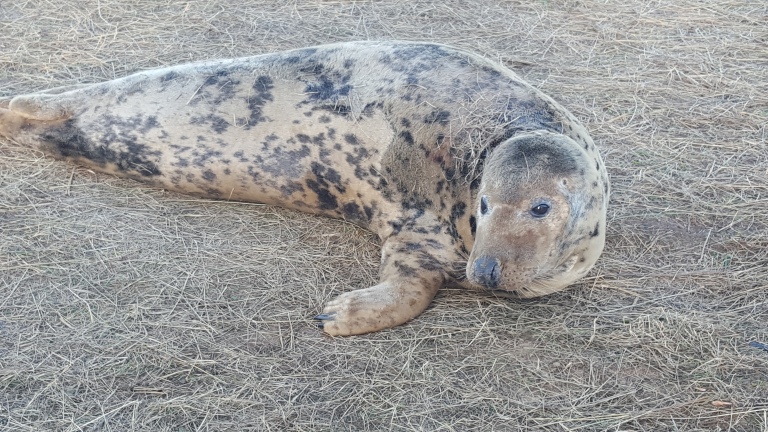 Seals are very large, powerful predators. Despite their fat, lazy-looking bodies, they can move surprisingly fast and, having teeth similar to a dog, can inflict a nasty bite – including the pups (as this video of a pup I got too close to shows!). 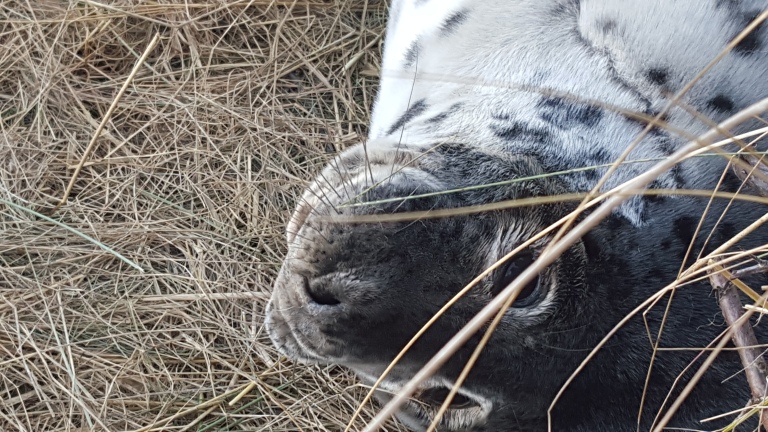 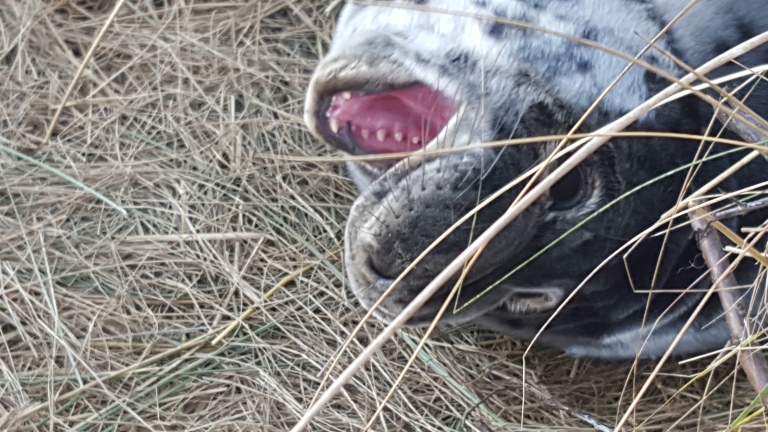 Mothers can be very protective of their pups, and the big male bulls can be aggressive towards babies during the breeding season. Protecting her baby, we witnessed one mummy seal barking loudly at a bull, despite him being a lot bigger than her.

Though you’ll want to hug and squeeze the seal babies, we learnt it’s very important not to touch them. Aside from their vicious bite, a mother seal may abandon her pup if it smells of humans or dogs, so don’t lean over the fencing to touch one, however squishy they look. 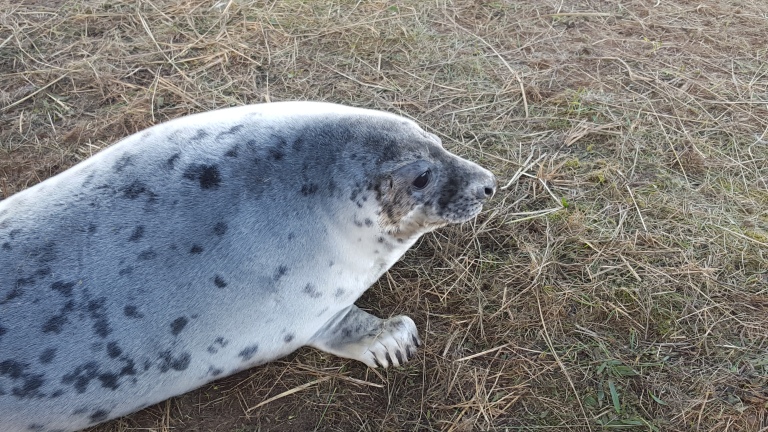 The first seal pup for 2016 was born on 24 October, and to date 1,878 babies have been born on the dunes. To find out more about the seals, directions to the reserve and information for visitors, go to the Lincolnshire Wildlife Trust website.

It was a lovely surprise, and amazing to see so many seals in one place. My highlight was capturing this little determined guy on video (it still has me giggling now).

To round the weekend off, we stopped for a Sunday roast at my favourite pub, The Stag’s Head Inn in Lelley, before settling in front of the telly to watch Planet Earth II (feeling like mini Attenboroughs ourselves after getting up close with the seals).

37 thoughts on “Say hello to the seal pups at Donna Nook.”