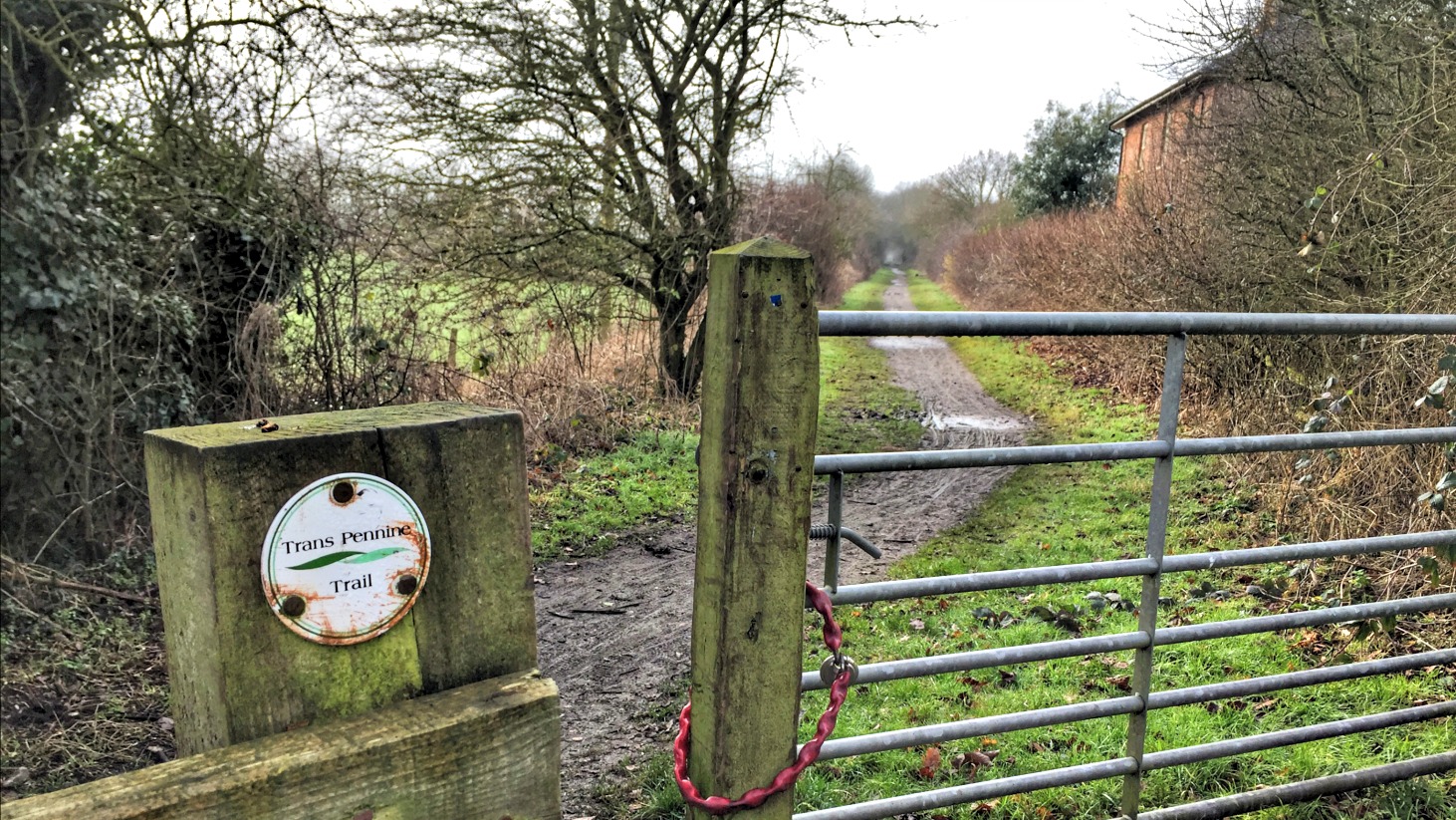 I’ve been living in Yorkshire for six months now. I’ve swapped my Uggs for Hunters, an electric heater for a cosy log burner and the busy town centre of Reading for the quiet East Riding village of Burton Pidsea. I couldn’t be happier with my new lifestyle. In fact, I’m loving the north so much that I’m buying my own house in the village!

But why, what’s the appeal? Why swap living in a bustling metropolitan hub to live in the middle of nowhere?

For me it’s all about the pace of life. It’s quieter, more relaxed and for the most part stress-free up in Yorkshire. I’m not rushing about here, there and everywhere like I did down south. Like many people up here, the boyfriend and I don’t tend to make plans as such – at weekends we just go with the flow, doing whatever we fancy.

Take this weekend for example: we’re currently en route to Leeds Bradford airport, taking a semi-impromptu trip to Dublin. As I haven’t been away since our trip to Cuba last year, I’ve been intching to travel, so am really excited – but what’s even more exciting is the fact I’m ticking off another thing from my bucket list.

It’ll be a stark contrast to last weekend, which saw us taking a (unplanned) leisurely stroll along a small part of the Trans Pennine Trail on a damp, foggy Sunday morning… 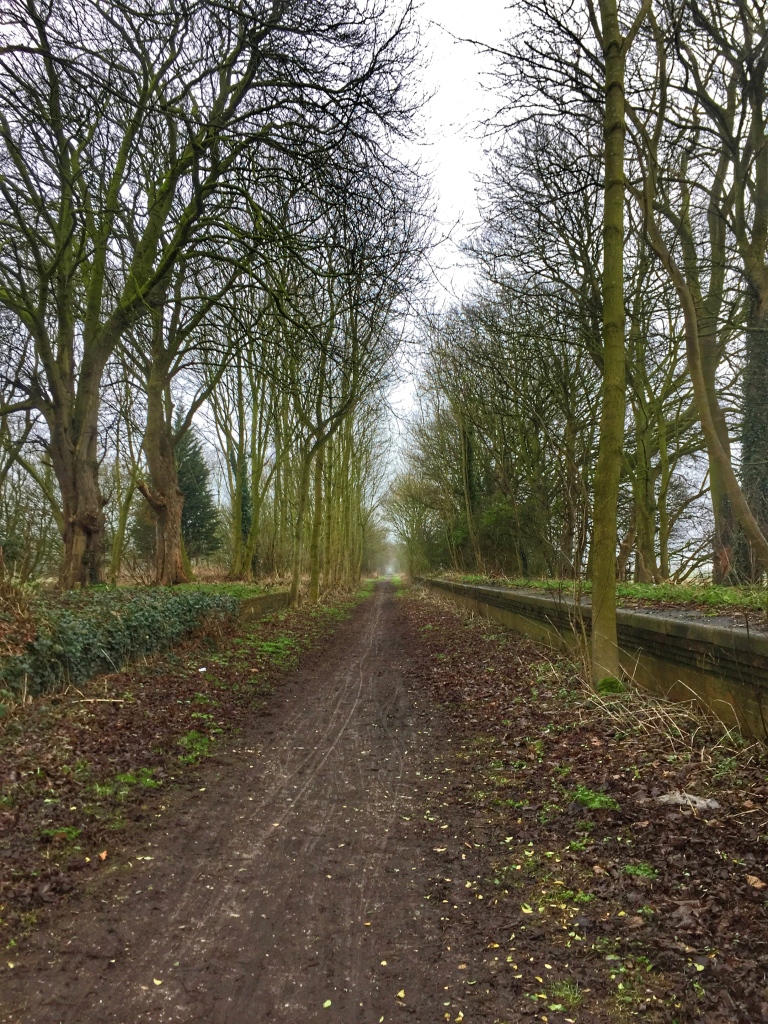 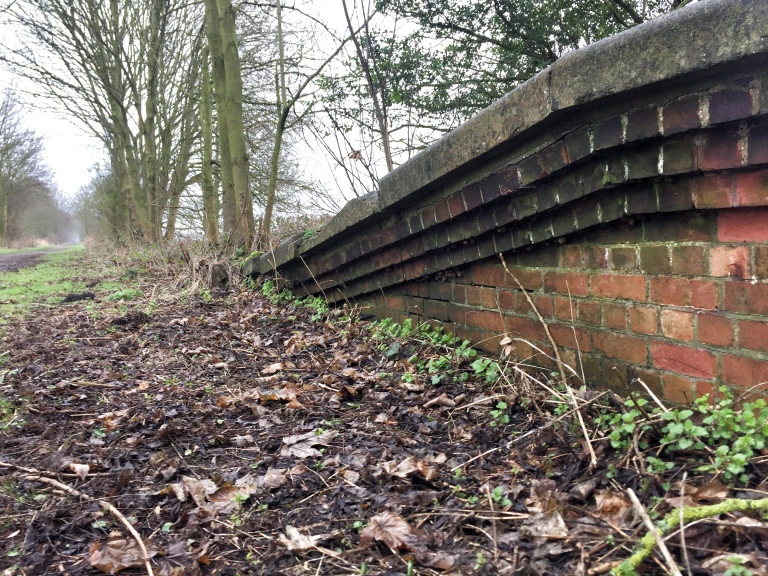 The Trans Pennine Trail (TPT) is an exciting route for walkers, cyclists and horse riders linking the North and Irish seas, passing through the Pennines, alongside rivers and canals and through some of the most historic towns and cities in the North of England.

From coast-to-coast, between Southport and Hornsea, the Trail is 215 miles long. And with a north-south route connecting Leeds and Chesterfield, a spur to York and a spur to Kirkburton, there’s a total of about 370 miles of track to explore.

It’s sign posted all the way, it’s mainly traffic free and is surprisingly level considering the dramatic scenery along the way. Here are just a few snaps from our stroll last Sunday, complete with 11-month old black Lab puppy in tow… 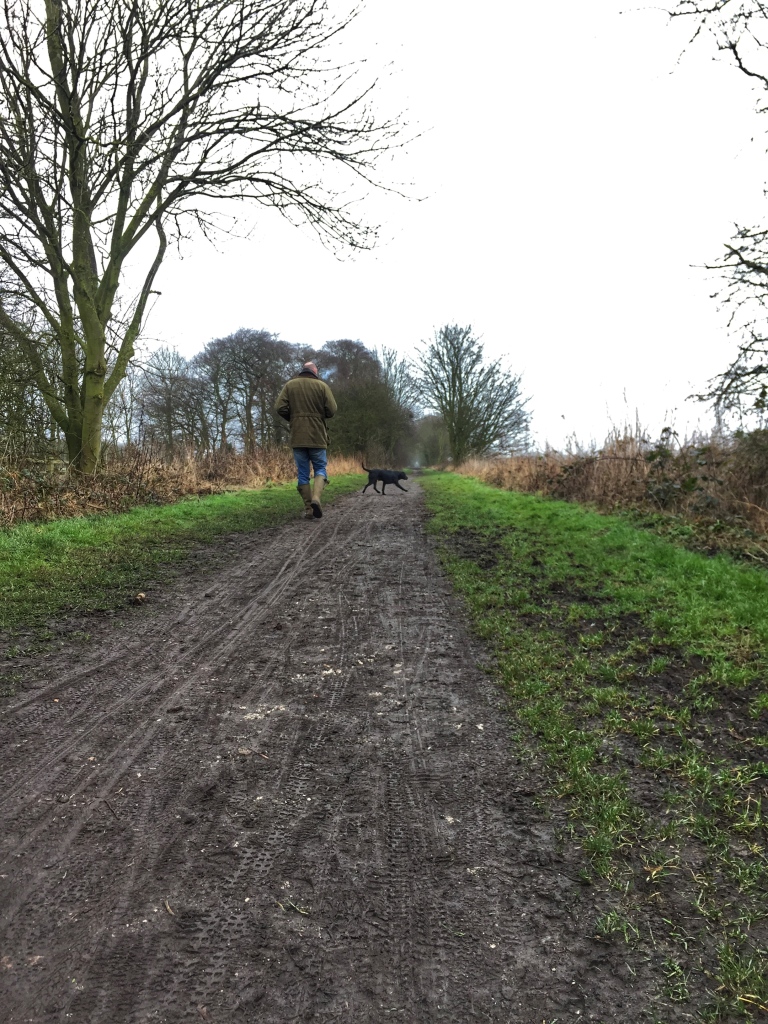 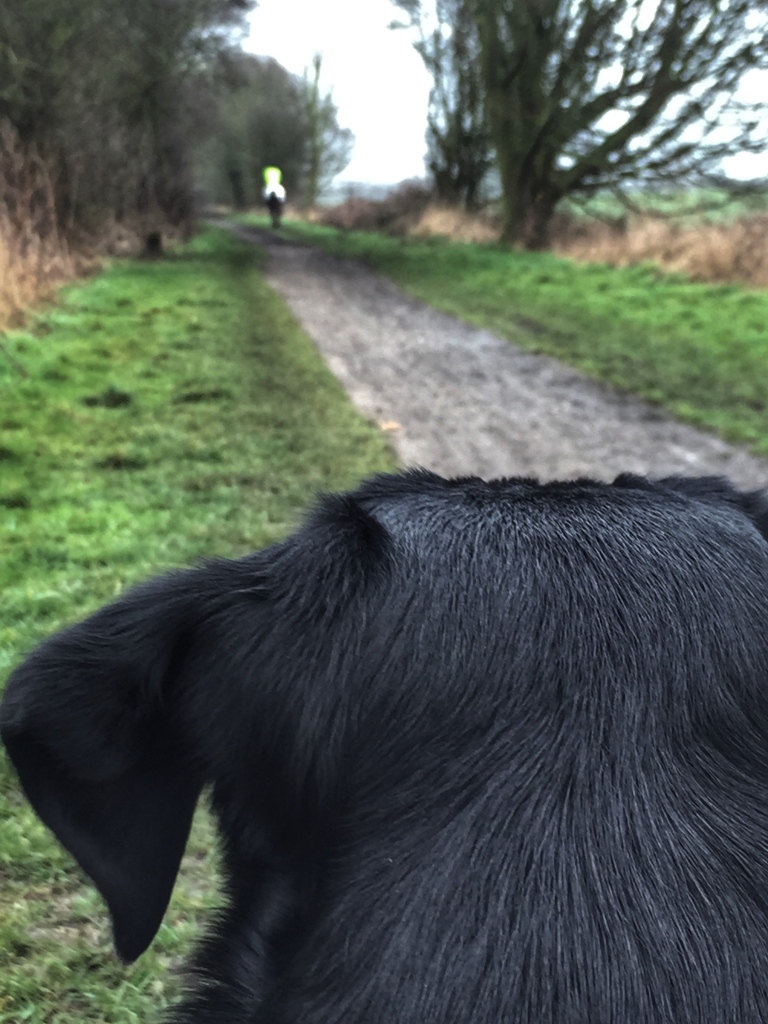 Considering it was a wet Sunday morning, we passed a surprising amount of people on the trail, from lone horseriders to an entire family on bikes, elderly couples wrapped up warm in scarfs and hats, walking along hand-in-hand, as well as plenty of other dog walkers in their wellies.

The part of the trail we walked was from Coniston/Skirlaugh to Ellerby. Although there’s nothing of the original station left, the old platform is still there, boasting beautiful red bricks and some weathered old railway sleepers, making for some gorgeous photos.

We also found a little bridge and a stream, which was a bit deep for us despite the knee-high boots. The dog loved paddling in it though: 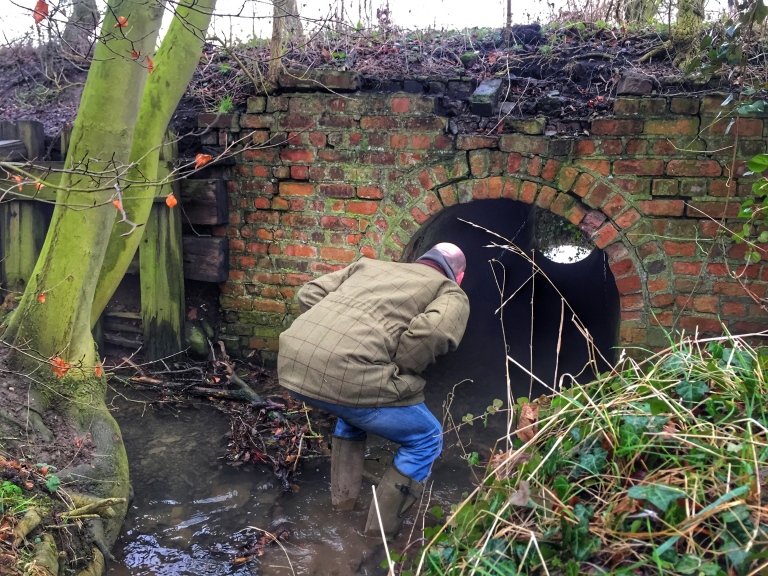 While strolling we did a bit of Googling to find out a bit more about the disused train line… According to disused-stations.org, a line connecting the Hull-Scarborough branch at Arram to a site near Hornsea Mere had been proposed in 1846/7 by the York and North Midland Railway, but was never built due to the downfall of chairman George Hudson amid a financial scandal.

A new line connecting Hull and Hornsea was promoted by Hornsea resident and Hull timber merchant Joseph Armytage Wade, the aim of such a line being to develop Hornsea as a fashionable Victorian seaside resort. The first sod was turned by Wade on 8 October 1862, but problems were encountered during construction due to the nature of the local soil (which is very clay-y, I can testify). There were then further issues with poor workmanship and materials used by the contractors. A late change of plan saw the line extended from the proposed terminus at Hornsea Bridge to the seafront, meaning construction of an embankment which required the ground to be piled adding substantially to the already escalating construction costs.

Just over 18 months later, on 28 March 1864, the line was opened, running in a fairly direct North Easterly direction from Hull. The original Hull terminus was Wilmington station, though after 1 June 1864 trains ran via the Victoria Dock branch into Hull’s Paragon station. Due to lower than expected receipts and consequent financial difficulties, the Hull and Hornsea Railway merged with the North Eastern Railway on 16 July 1866.

The line was constructed as a single track, but was doubled throughout in the early 1900s. Diesel railcars were introduced from 1957 and operated local services.  Closure to passengers came on 19 October 1964, with goods services to Hornsea Bridge continuing until 3 May 1965.

Today, though the tracks are gone, the straight trackbed of the railway forms part of the Trans Pennine Trail. 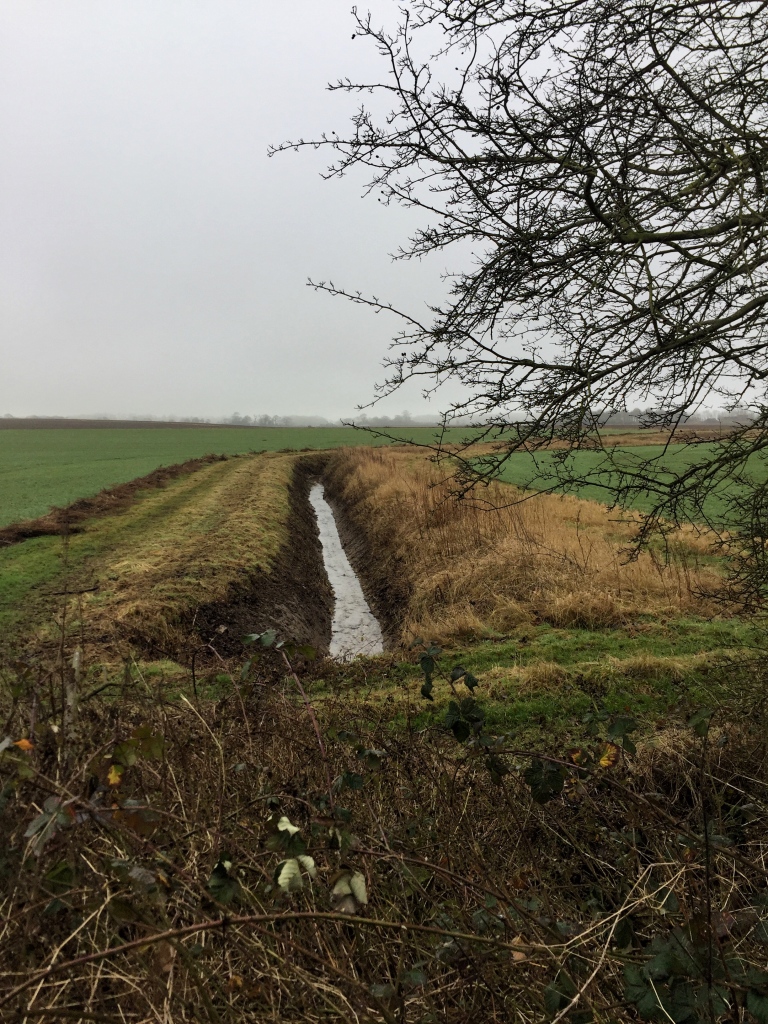 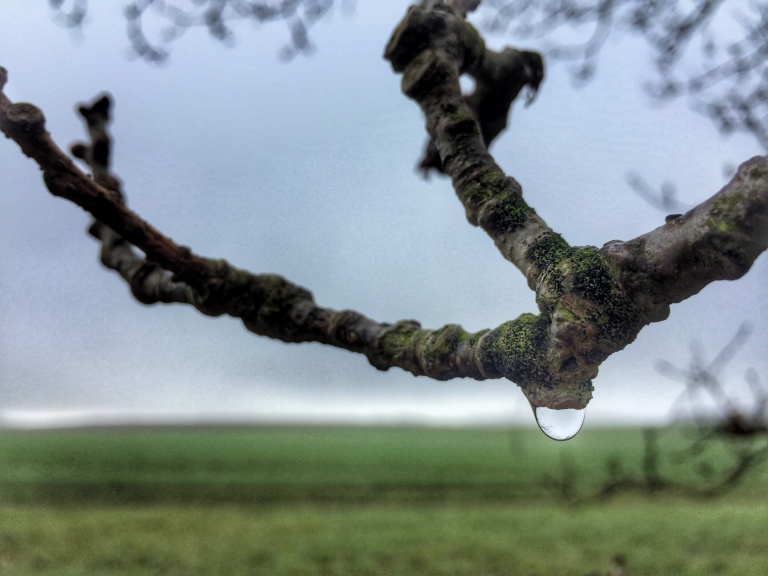 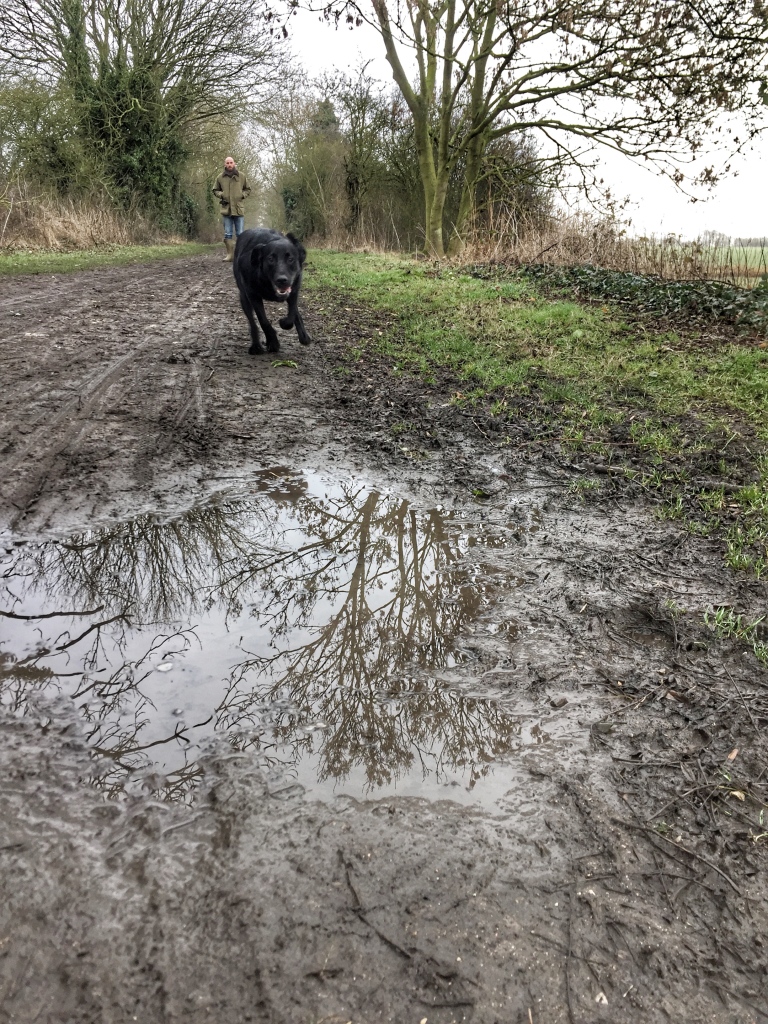 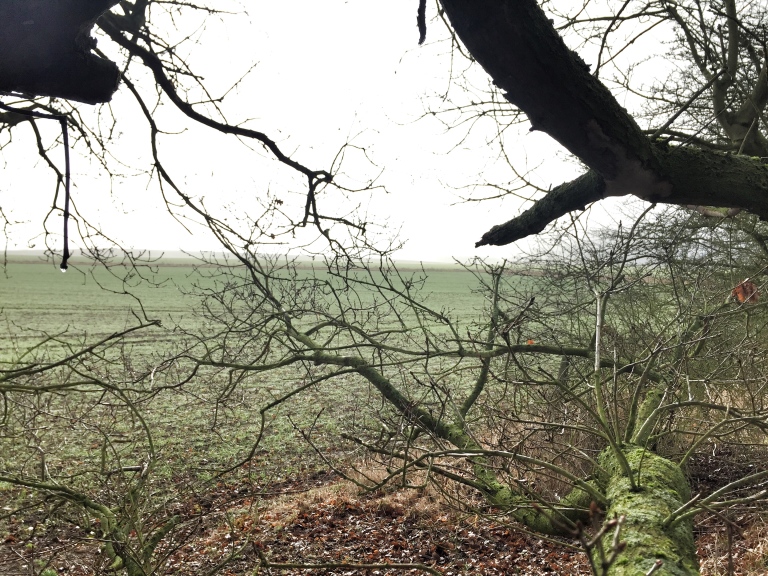 The original Ellerby Station was situated close to what was the level crossing on Skirlaugh Road, between what is now Old Ellerby and Skirlaugh. It was a so-called “market station”, with trains stopping only on Tuesdays, as there was no resident station master. The station was closed to passengers in 1902, being considered superfluous since Skirlaugh and Burton Constable stations were each only three quarters of a mile away. However, it remained open for goods traffic, retained its platform, and became known as Ellerby West Siding.

The house is still there, standing proud and looking like something from an English countryside postcard. I absolutely loved it, it’s my dream house. My new Yorkshire residence isn’t quite this grand, but who knows, maybe in a few years… 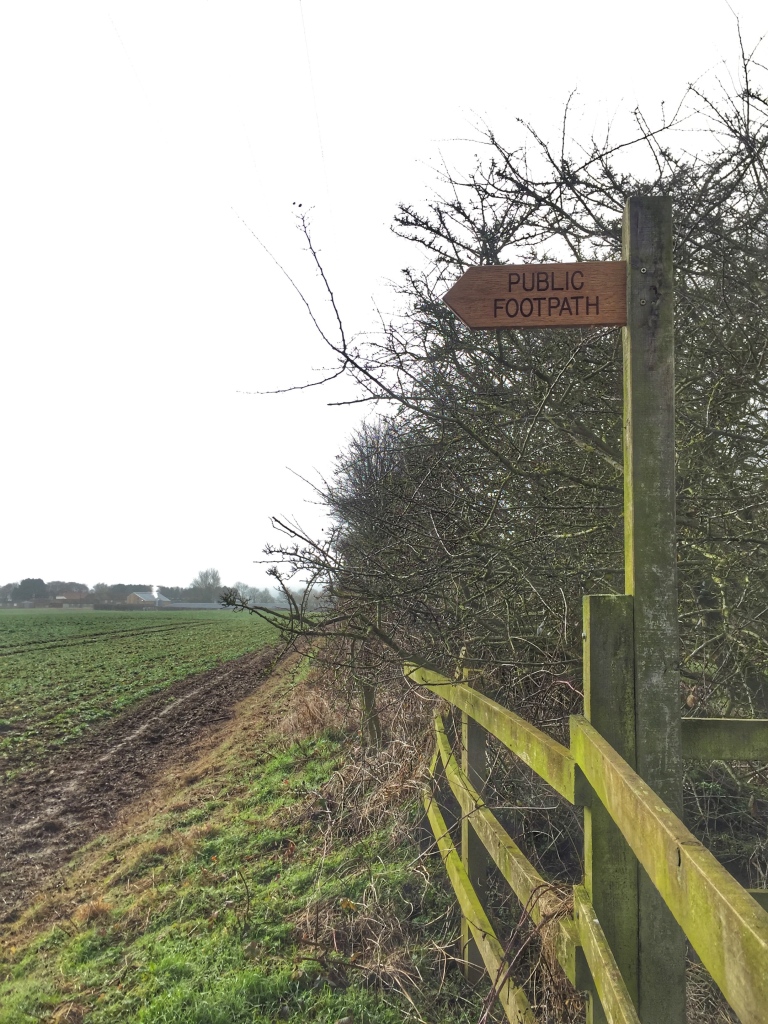 Isn’t it gorgeous? Snowdrops are already popping up along the route, despite the bitter, biting cold. And in just a few weeks the daffodils will be in bloom, followed closely by the bluebells. I can’t wait to explore more of the trail in the spring and summer. We’ve even talked about walking all the way through to Hornsea one day. But for now we’re off to explore Dublin…

Have you ever walked, hiked or cycled the Trans Pennine Trail? Is there a particular section you’d recommend? Drop me a comment below, I’d love to hear from you.

76 thoughts on “A Sunday stroll along the Trans Pennine Trail.”