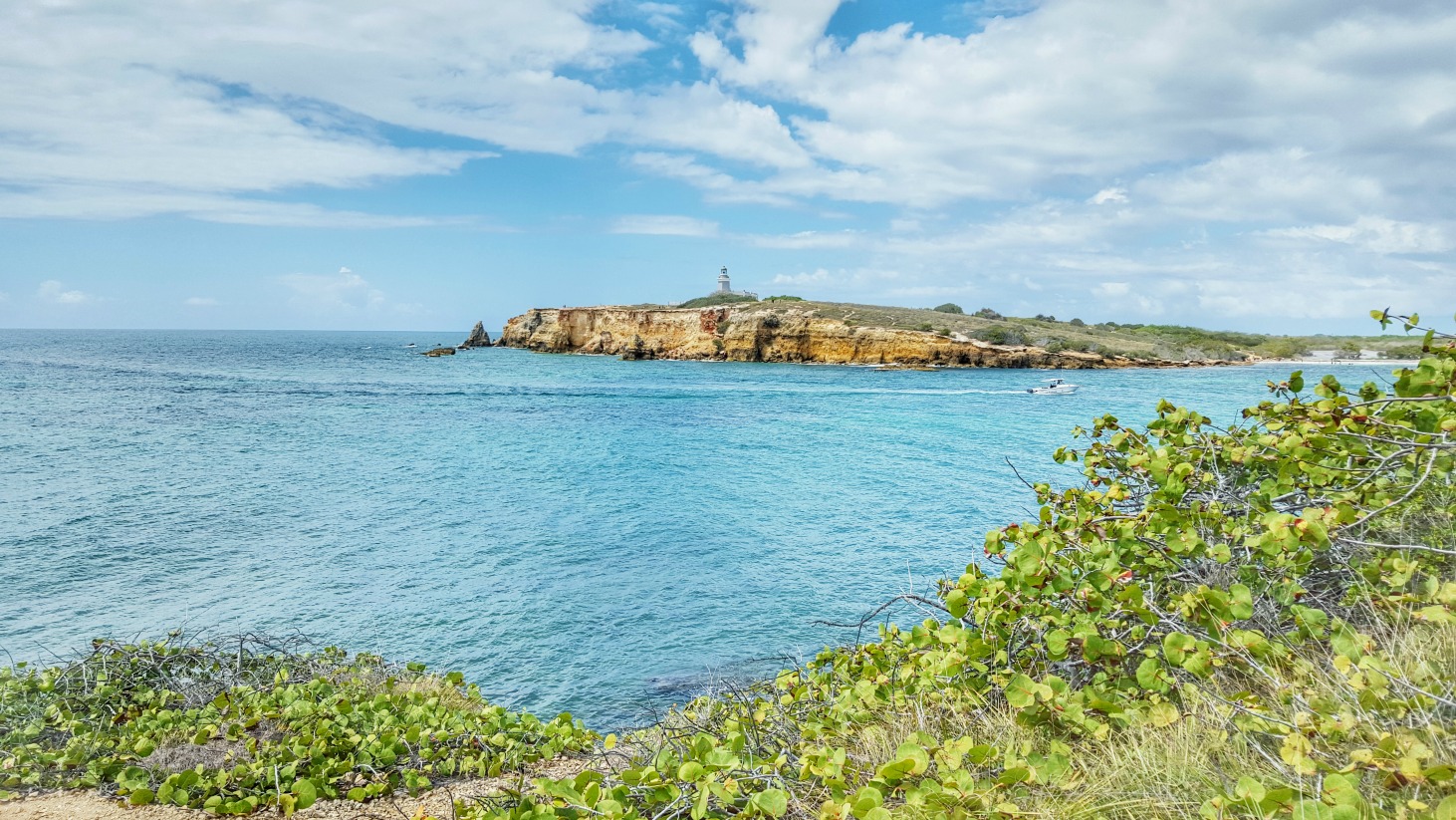 I am not ashamed to admit that when, in December last year, I hastily booked a flight to Puerto Rico for March this year, I didn’t actually know where Puerto Rico was. At the time I thought it was in Central America, though after a quick look on the map, I soon realised that it wasn’t the place I was thinking of (which was in fact Costa Rica, in case you were curious). Was I bothered? Nope.

It wasn’t like travelling to Puerto Rico was going to be a disappointment. I quickly swotted up on the island, which sits between the Caribbean Sea and the North Atlantic Ocean, east of the Dominican Republic. Reviews and recommendations on TripAdvisor and Lonely Planet helped plan my itinerary, leaving me wishing that I’d booked two weeks there instead of just one.

Puerto Rico is renowned for having some of the best beaches in the world, most of which offer secluded seascapes and great spots for snorkelling without being littered with sunbathers and their paraphernalia.

Unfortunately the one that most took my fancy was a 3-and-a-half hour drive from my hotel in Levittown. But no bother. With a scribbled down set of directions from Google Maps and a $2 map of the island from the gas station near the hotel, we set off in our rented Hyundai Accord in search of La Playuela, also known as Playa Sucia.

Getting to Playa Sucia.

After what seemed an eternity on the road, when we eventually spied the beach, we knew it was totally worth the journey.

Voted one of the most breath-taking beach locations in Puerto Rico, La Playuela is a Caribbean-facing beach for nature lovers, located on the sleepy beach town of Cabo Rojo. Dramatic scenery, gorgeous water colours, natural bridges, unmatched Caribbean views, the most attractive lighthouse on the island, hidden caves, private coves to explore, dramatic limestone cliffs, bird watching and scenic hiking trails really had me itching to get there and start exploring.

Don’t let the name of this beach fool you (“Sucia” actually means dirty in Spanish) – the waters are clean and glistening, with gorgeous tones of turquoise and navy blue. The sand is soft, fine and near-on white.

There are no ocean-front hotels or touristy services here. So make sure you pack a cool box with enough drinks and snacks for your visit. We went out of season, but apparently during high season, weekends and holidays, there’s a lady that comes around the beach selling ice cream. Apart from this though, there isn’t anything by the way of refreshments. For me though, this all added to the experience. It’s an area of unspoilt beauty, free of commercialisation and chaos. 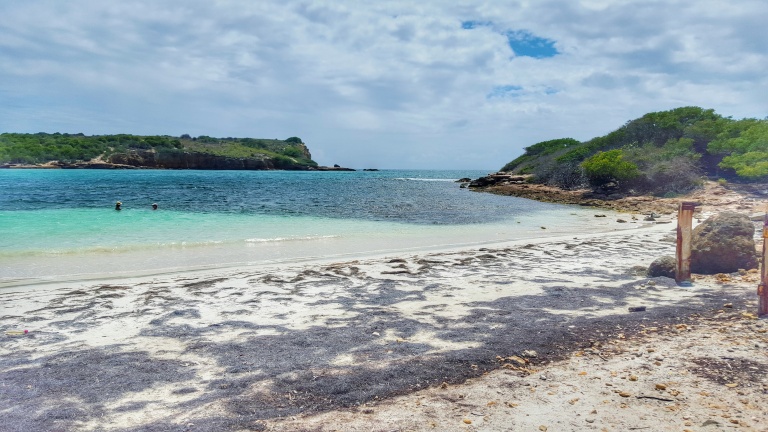 As already mentioned, it is a bit of a mission to get there – but the bumpy dirt track that leads you down to the bay is completely worth the effort (and actually part of the fun). You have to drive past the salt flats on Route 301, at which point the road changes from asphalt to packed dirt. There’s then a about a mile of potholes to contend with (which turned to muddy wallows after a tropical storm hit on the walk back). So make sure you have a spare, inflated tyre, just in case. Parking is also limited, so be prepared to walk if you can’t find a spot near the beach. 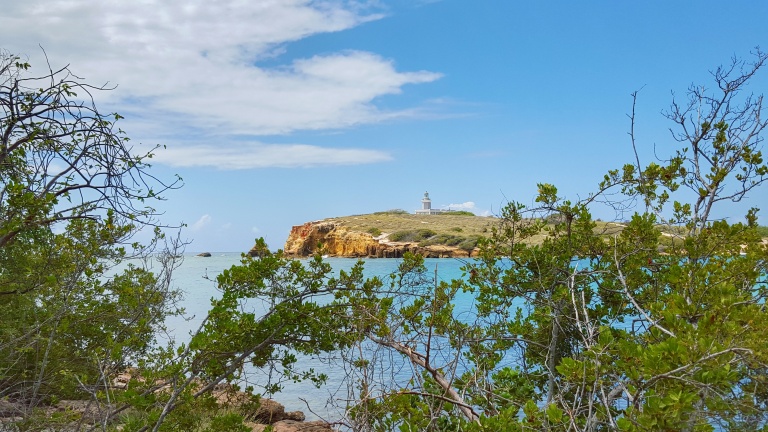 The surf is playful and, depending on the weather, the waves can get a bit demanding – so only brave the deeper waters if you’re a confident swimmer. There are no lifeguards on the beach, and no safety buoys or markers, so you do swim at your own risk. There are some shallow spots nearer the shore for smaller children at both ends of the beach, however. 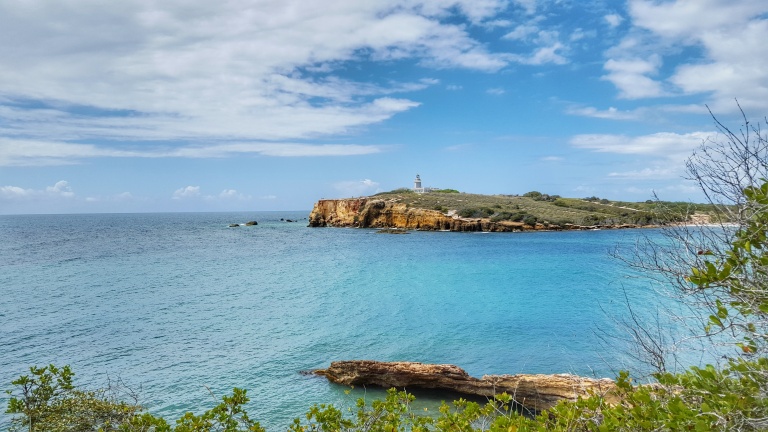 My mum swam far out into the sea, while I walked up and around the cliffs, to then jump in and meet her, before both swimming back. I’d definitely recommend bringing some comfortable walking shoes if you plan to do this, as the rocks are pretty craggy.

The views are spectacular, so bring plenty of storage for your camera or smartphone. I also took a waterproof pouch that I bought before I left the UK, which I really put through its paces at Playa Sucia – I even braved it in the sea for about half an hour as I swam back to the shore. I was so scared I was going to lose a week’s worth of pictures, but it was bone dry inside, so a 5-star rating and thumbs up from me.

Walking west on the hiking trails around the lighthouse facing the ocean there are beautiful limestone cliffs with hidden caves and natural bridges. After a 20-minute hike up the cliffs, there are unrivalled views of the Caribbean Sea uniting with the Atlantic Ocean. 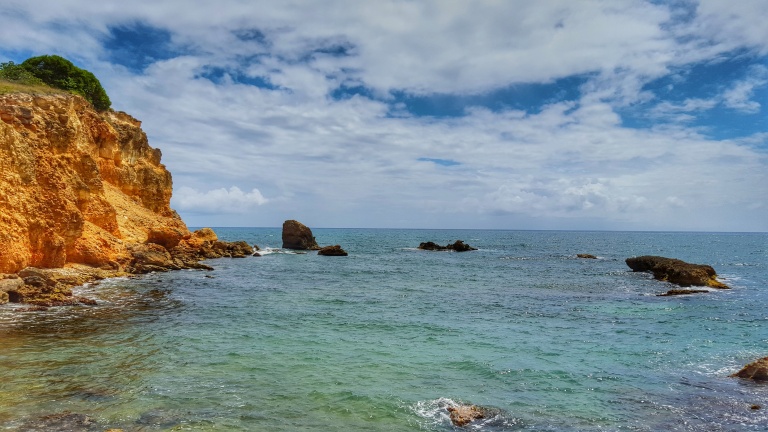 Mum and I testing out the selfie mode on the Samsung Galaxy S6, which was safe inside a waterproof pouch. 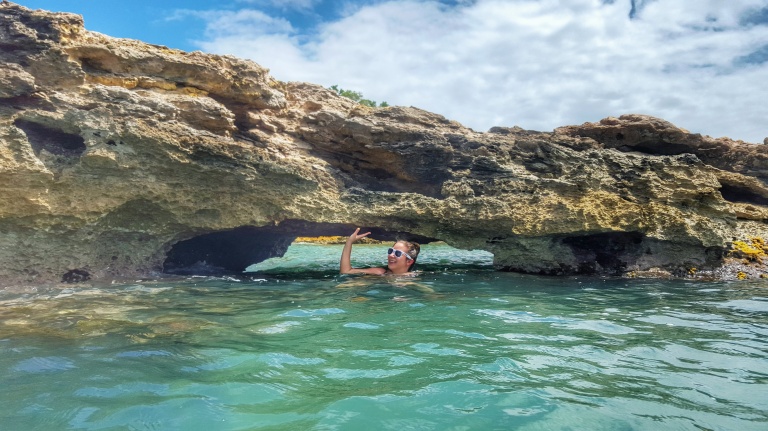 Located on top of 200ft limestone cliffs overlooking the Caribbean Sea, the Cabo Rojo Lighthouse marks the most south-westerly tip of Puerto Rico. Built in 1881 by the Spanish government, Faro Los Morrillos de Cabo Rojo as it’s known locally, uses the same building design as the Fajardo and Arecibo lighthouses.

While still a working lighthouse, you can go up inside. Unfortunately for us a massive tropical storm blew in off the coast, just as we got up to the lighthouse, so the viewing deck was shut to the public. We wandered around the cliff top for a while though, and I snapped these dramatic pictures. 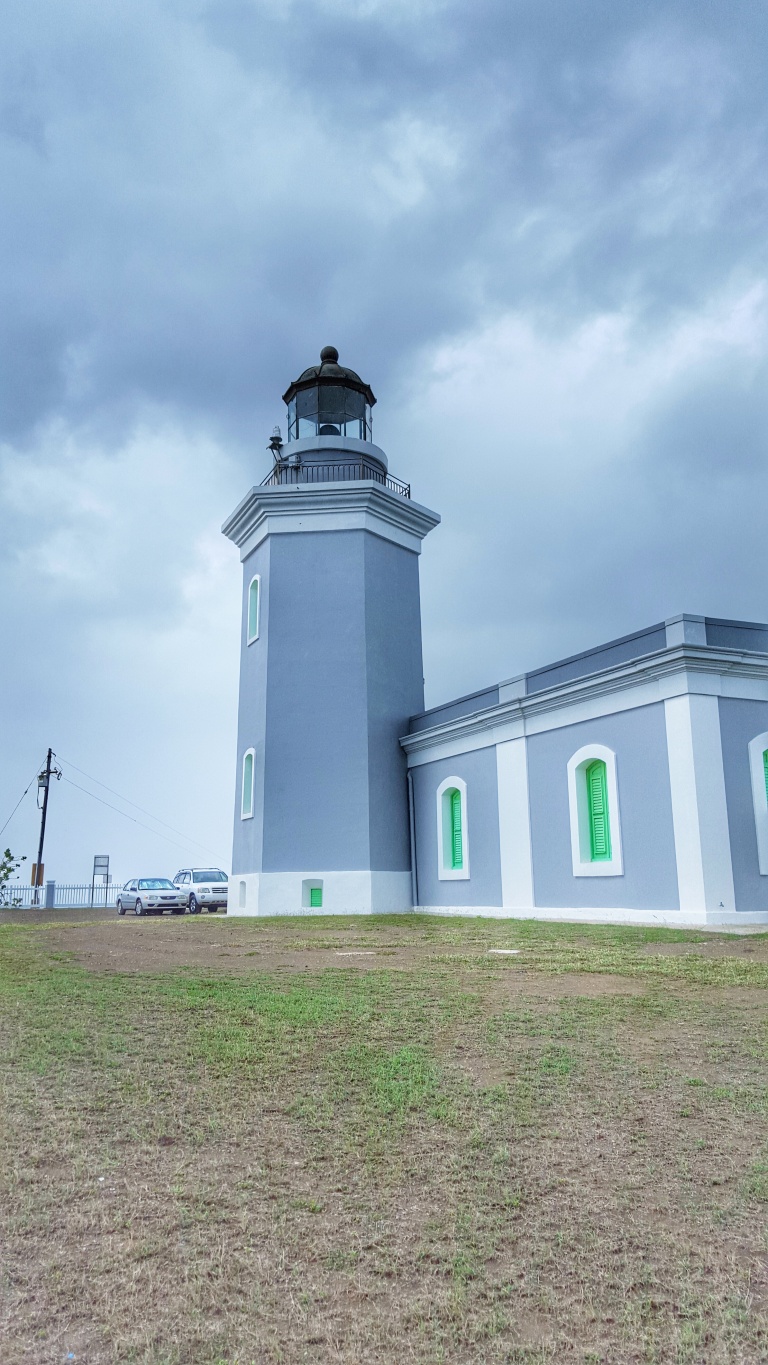 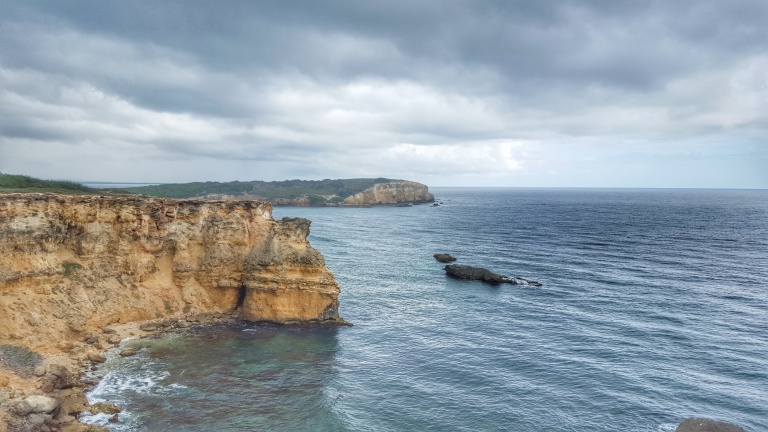 We were lucky to come here on a Monday, out of season. If you want to avoid crowds, get here during the weekdays in winter months when local families have school. Guide books suggest that during weekends and holidays La Playuela can get pretty full. You should, without argument, pay this natural haven a visit though.

The only current and unending argument is it’s name; some locals call it La Playuela and some Playa Sucia. There’s one thing that locals and travellers can agree on though; it’s unarguably one of the most breathtaking spots on the island of Puerto Rico.

Fancy a trip to Puerto Rico? You can book flights in November with Norwegian Air from as little as £179. It’s definitely a country I’d like to go back to. And in case you’re wondering what else I got up to while I was there, check out my posts on ziplining at Toro Verde adventure park, a tour of Casa Bacardí and meeting the cats of San Juan Old Town.