With a trip to Malta and a weekend in Germany booked already, I’ve got just three countries left to go before I complete my 30 before 30 challenge. I’m hoping to tick two of those three off in one trip for my 30th birthday. But with only four months until the big day and nothing booked yet, I’m left wondering whether I will manage to achieve my goal before I hit the milestone.

As it’s also mine and the boyfriend’s one year anniversary in July, we have been looking to celebrate with the ultimate trip: 3 nights in Dubai followed by 7 nights in the Maldives. How amazing would that be? Expensive, but amazing. It’ll be a once-in-a-lifetime trip though, so surely it’s worth paying every penny to stay here? 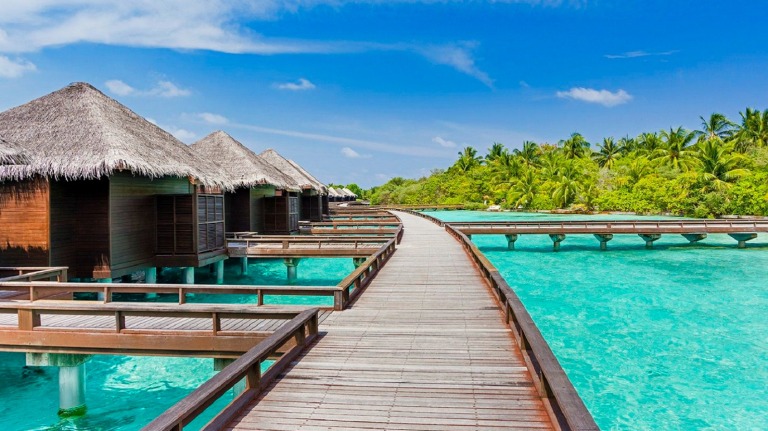 Most recently we went to Dublin for Valentine’s weekend, but mine and the boyfriend’s first holiday together was in November last year: a week of fun in the sun in Cuba.

We booked the holiday just six weeks before departure, using my go-to website for bargain breaks, Holiday Pirates. After searching for a trip that met all our criteria (somewhere neither of us had been to before, somewhere hot, somewhere with unlimited beer and somewhere that wasn’t going to break the bank), we found a deal for 7 nights all-inclusive at Brisas Guardalavaca, just outside of Holguín.

The six weeks flew by, and soon it was time to jet off on our first holiday together. Exciting. 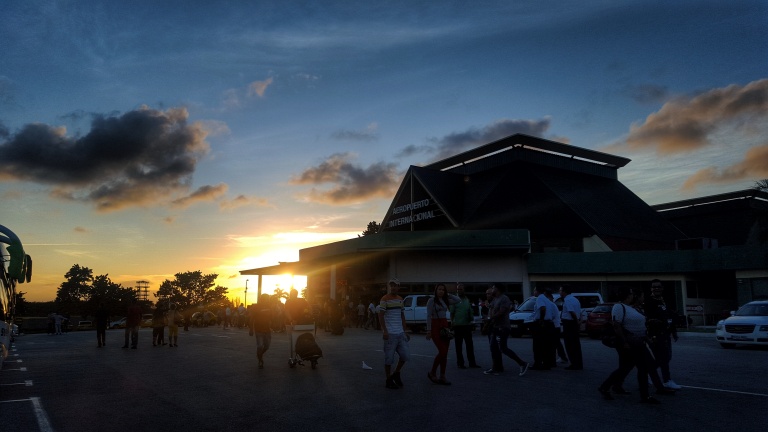 After a 4-hour drive to Manchester airport, a 10-hour flight and then a further hour driving to the hotel, we were itching to get out and explore the resort when we arrived. But although it was only 5.30pm, it was pitch black outside.

So instead we dumped our bags in our room, changed from our trainers and jeans to our flipflops and shorts, and headed to the bar for a few beers before bed. That was until we made friends with a Canadian couple who had us laughing, drinking and dancing to Abba until the early, early hours of the morning.

Needless to say, having been awake for a straight 27 hours the day before, our first day exploring Cuba was pretty chilled. We managed a bit of reef snorkeling in the morning with the Canadian couple, then spent the afternoon lounging on the beach with plenty of cocktails. The day ended with a beautiful sunset swim in the warm Caribbean sea. 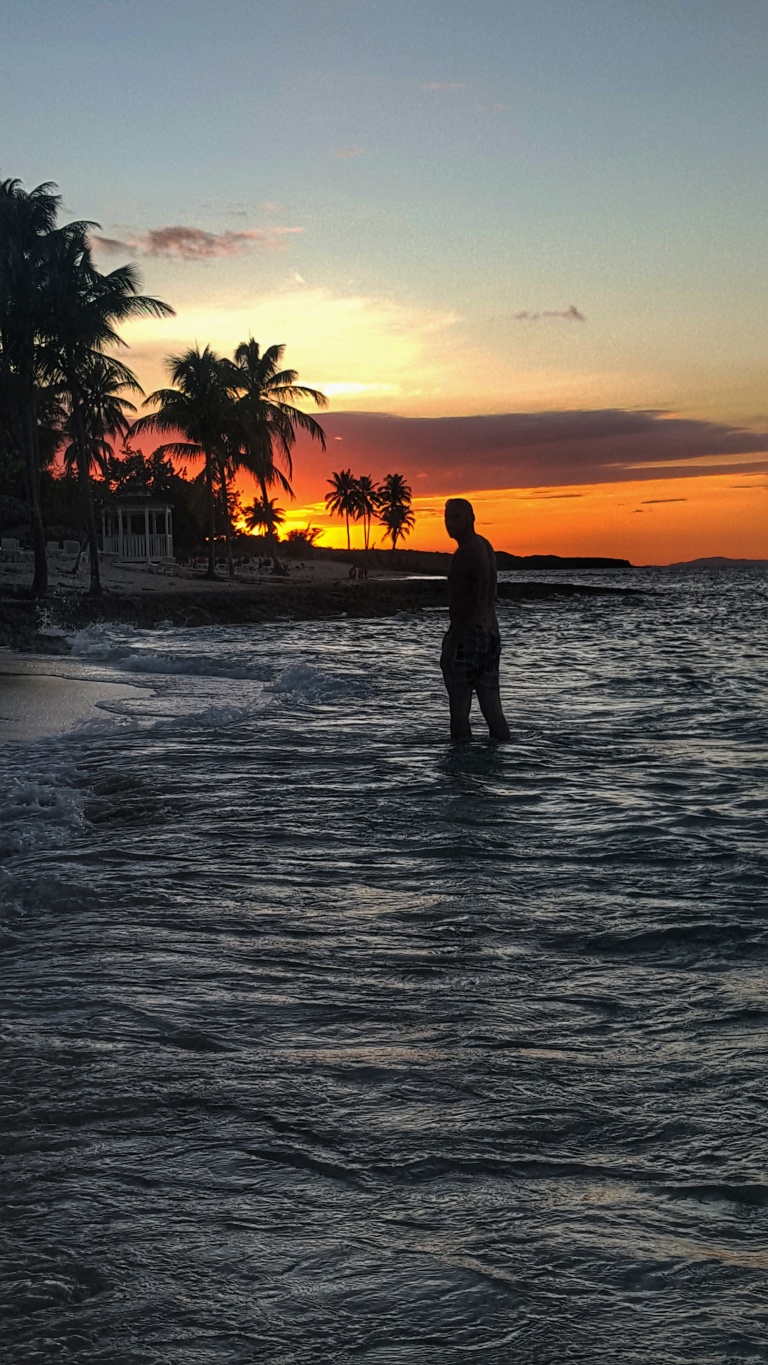 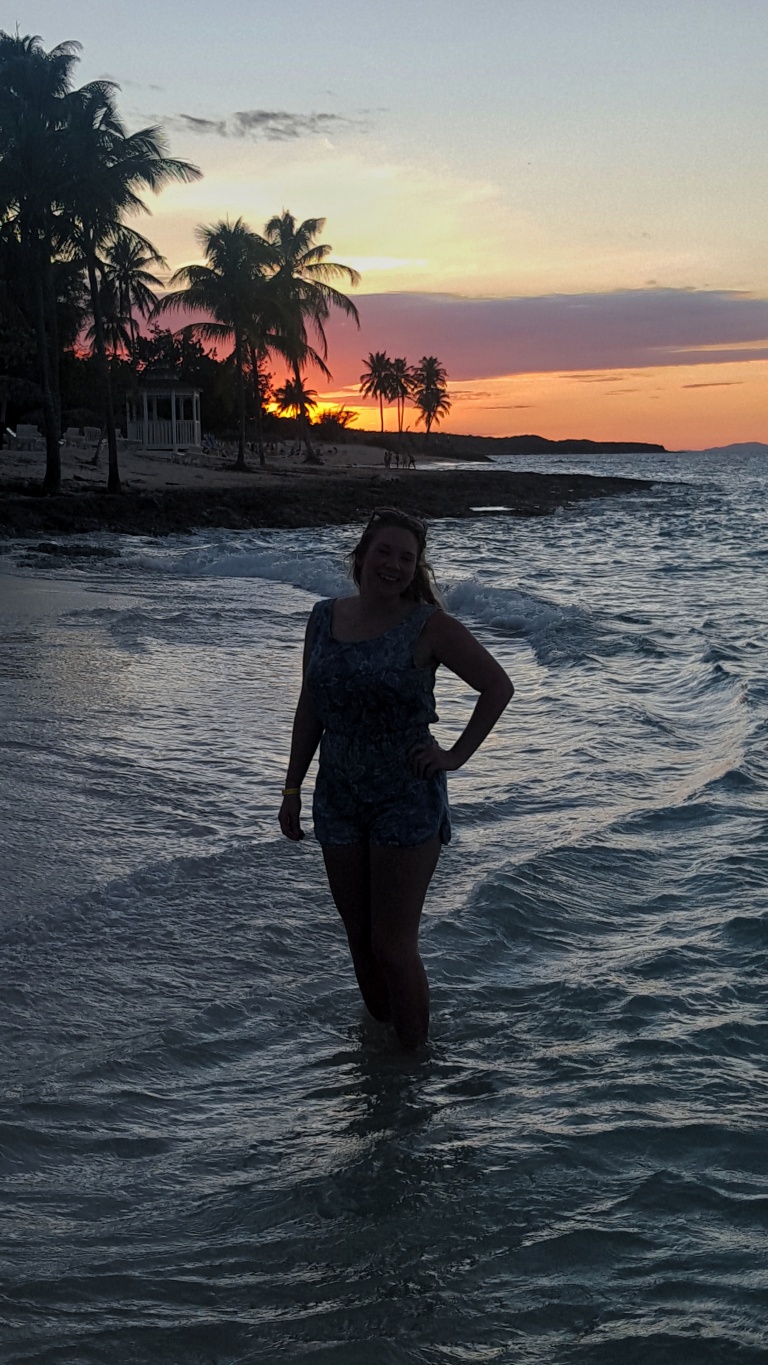 On the second day, while exploring the resort a bit more, we found a colourful little rooftop bar in the hotel, just metres away from our hotel room.

It was deserted, except for the bar tender who welcomed us in. Unfortunately for the boyfriend, who doesn’t really drink spirits, there was no beer – true to its name, the Havana Club Bar only served Havana Club rum.

After a few Cuba Libres (a cocktail which I learned all about while at the Bacardí Distillery in Puerto Rico last year) though, he began to warm to the celebrated Cuban spirit, and we sat there for a few hours, talking, drinking and watching the sun going down. 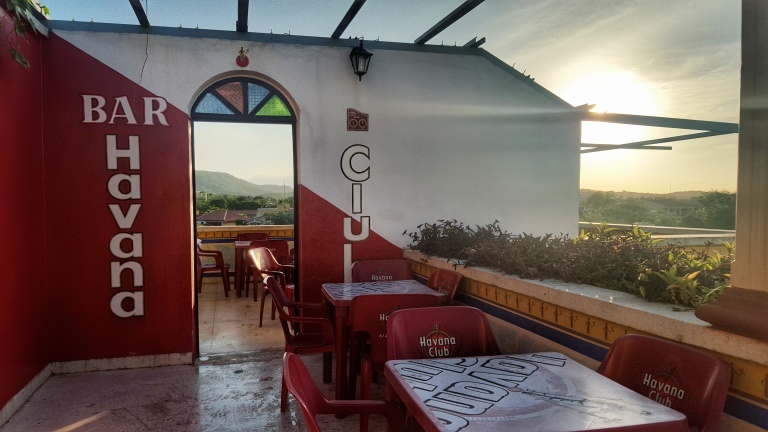 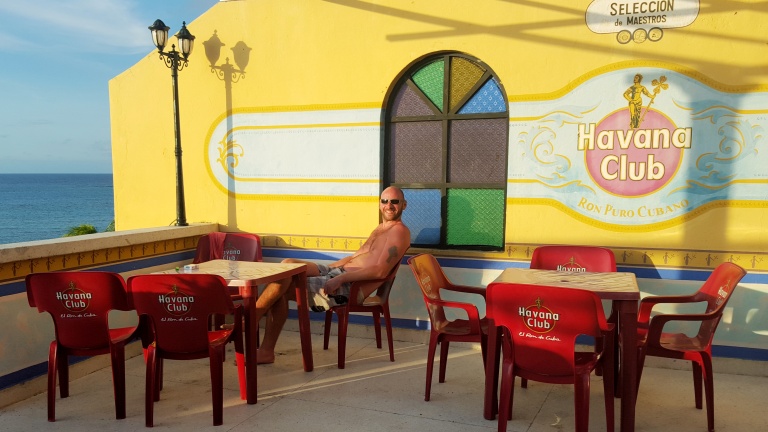 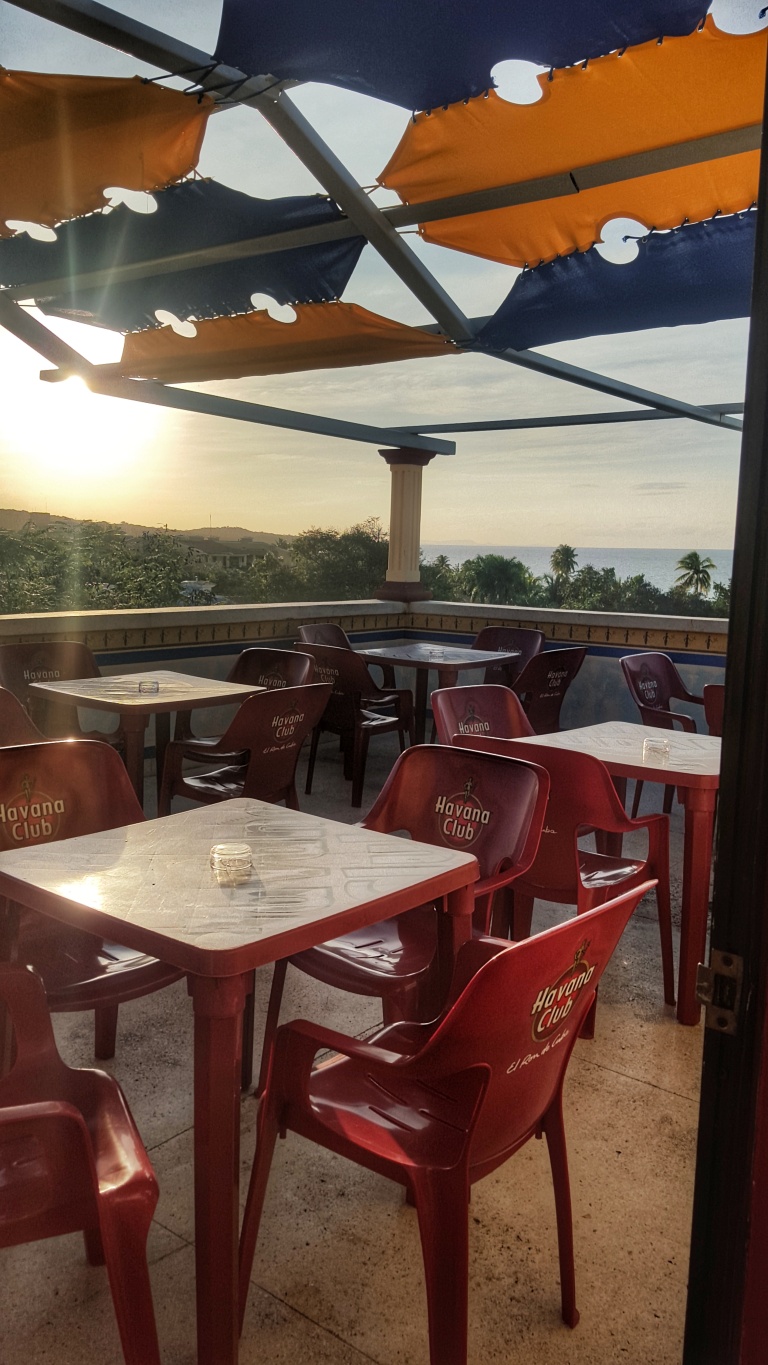 With no one else there, it felt like our own private little bar. And we had our own personal bar tender. He was a jolly Cuban señor who kept our drinks topped up while cleaning tables and polishing glasses. It was the perfect evening.

In fact, we enjoyed our evening sat on the rooftop bar so much, we went back every evening after that for the rest of the holiday.

Sometimes other holiday makers stopped by, though usually just to take a quick photo of the beautiful sunset. It was definitely the best place in the whole resort for watching the sun go down.

I honestly don’t think you can say you’ve had a proper Cuba Libre until you’ve had one in Cuba, watching the hypnotising pinks, reds and oranges of the sun setting over the Caribbean sea.

At 5pm it was still so warm, condensation rivulets dripped down the side of our glasses. Bliss. 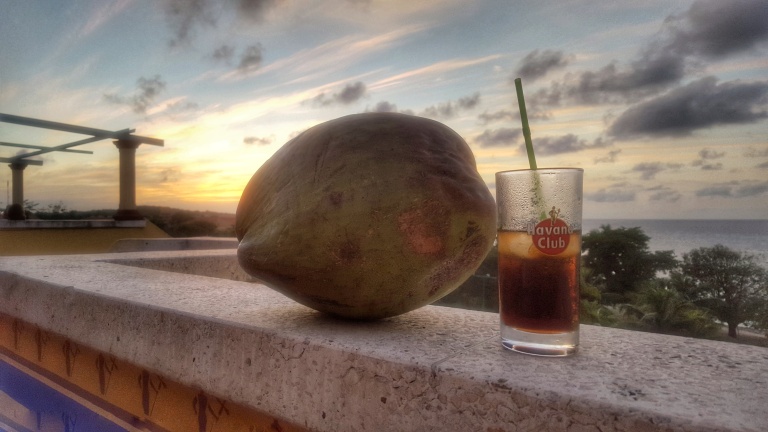 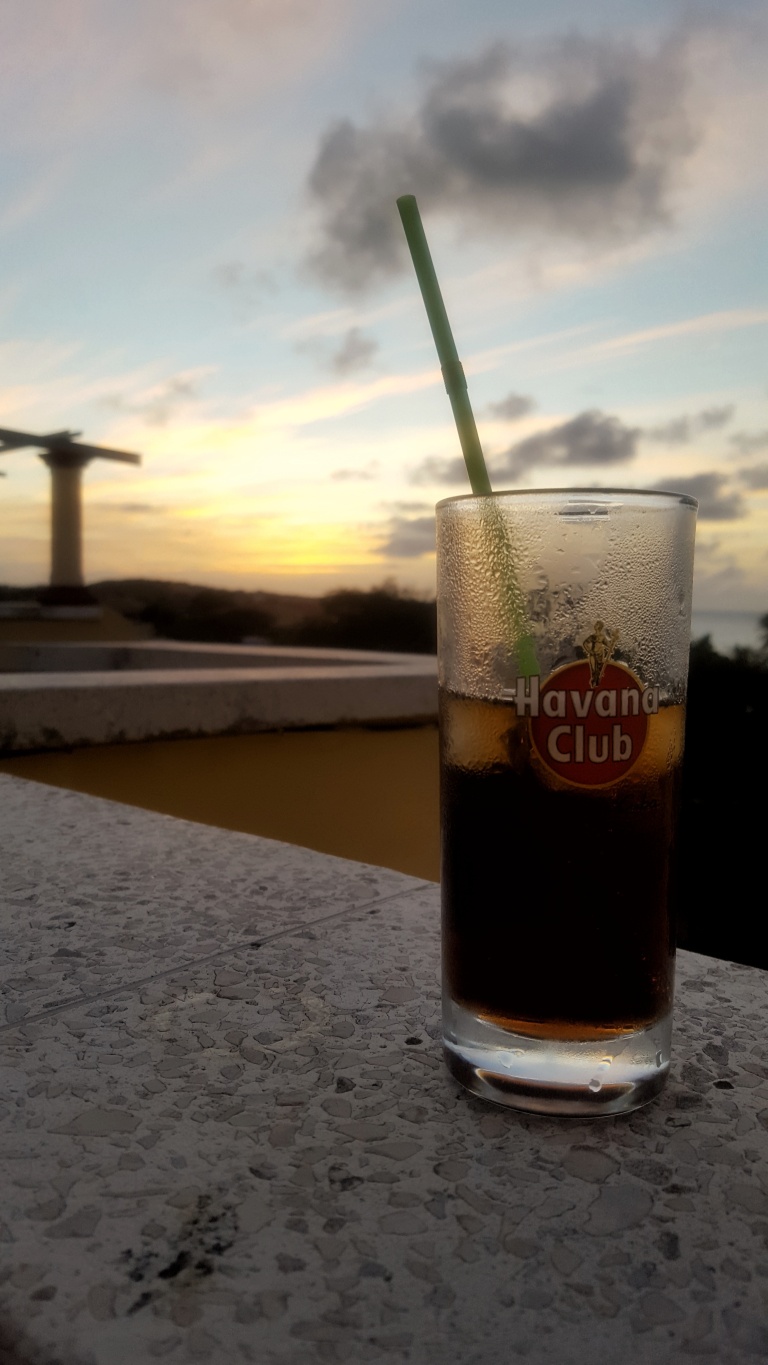 If all these photos haven’t already made you want to head to Cuba, check out my time-lapse video of the sunset.

As you can see from the picture above, we used our phones to snap photos and videos of our trip. I don’t own a fancy camera so take all my travel pictures on my mobile. Looking back on them now brings back so many lovely, fun memories. 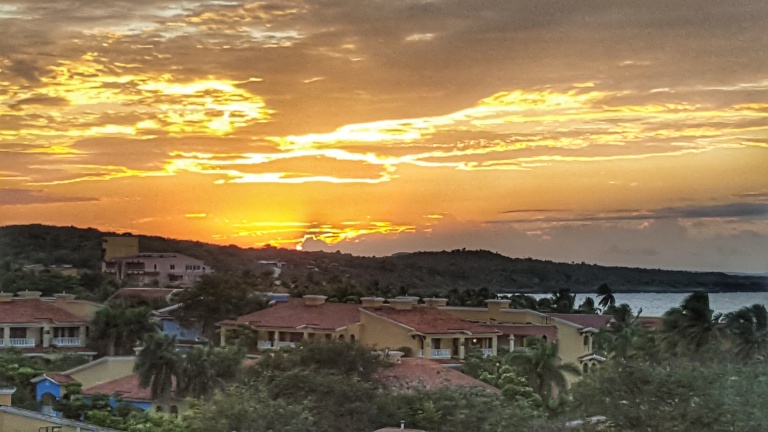 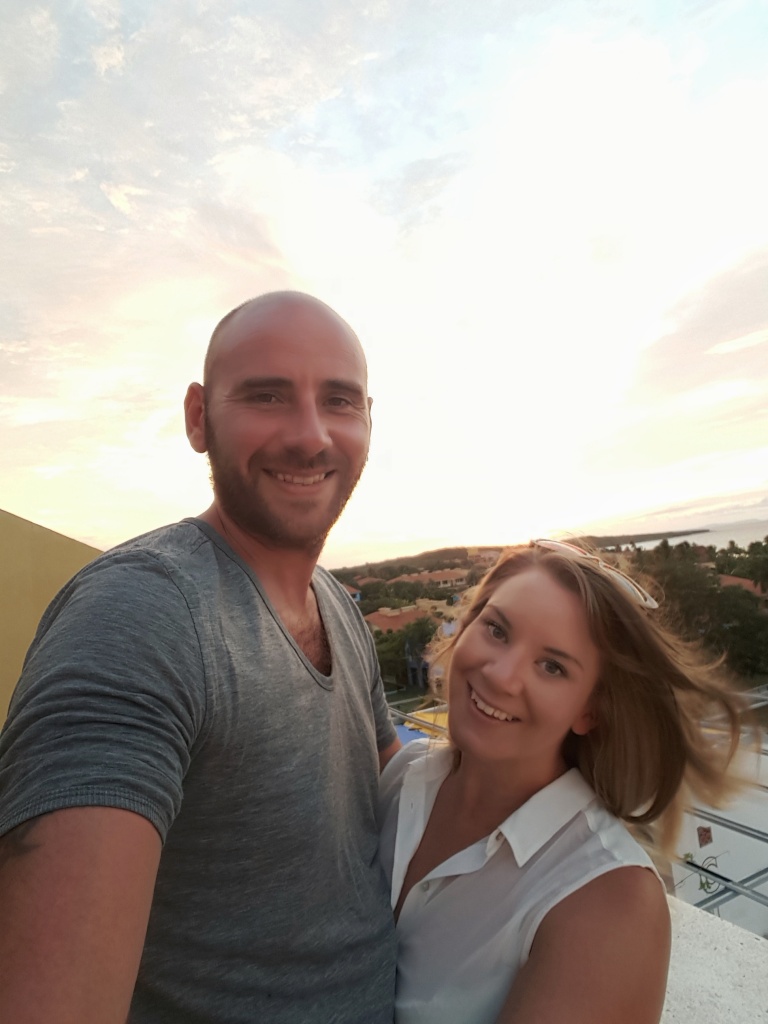 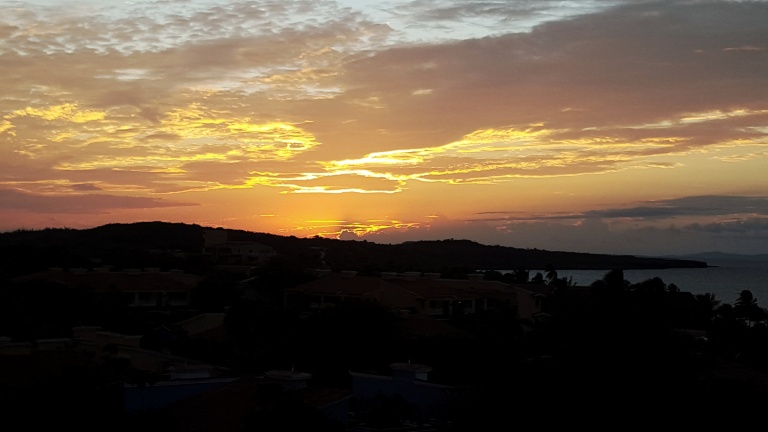 Eager to complete my 30 before 30 challenge, I want to book another holiday as soon as payday arrives. Whether it’s to the Maldives or somewhere else, I hope the boyfriend and I have as much fun as we did on our first holiday together ♥

69 thoughts on “Sunsets and rum: memories of Cuba.”