It’s safe to say that the UK travel industry has experienced a fair bit of turbulence over the past few months.

On Monday 18 September budget airline Ryanair announced that up to 2,000 flights would be cancelled between then and Sunday 29 October, due to “mismanagement of pilots’ holidays”. The Irish company held up its hands, blaming HR rostering problems for the cancellations. “We have messed up in the planning of pilot holidays and we’re working hard to fix that” it wrote on Facebook.

The Civil Aviation Authority began an investigation into the airline – the cancellations had arisen because pilots’ rotas had to be changed to comply with new aviation rules, and because the airline had changed its working year from April-March to January-December. This resulted in hundreds of the pilots being owed annual leave before the end of the year – which of course, their employer had to grant. Everyone deserves a holiday, even those that take us on holiday. But it would mean there would be no pilots available to fly the 400,000 odd passengers booked onto the scheduled flights. It was a stalemate situation – cancellations were the only option for Ryanair.

There were tears, tantrums and a fair few angry tweets from disgruntled customers whose travel plans were in turmoil because of the HR blunder. But unfortunately this was just a prelude to what was coming from the airline…

On Wednesday 27 September, 10 days after the first wave of cancellations, thousands more customers – including myself – received the devastating news that Ryanair was cancelling further scheduled flights. In addition to this, Ryanair announced it was suspending all flights on 34 flight paths, until 1 April 2018.

The news sparked headlines of “Ryanair cancels Christmas and New Year“, as hundreds of thousands of passengers were left stumped as to how to fly home for the festive period. With some having booked their flights up to 11 months in advance, and alternative airlines now unjustifiably expensive, for many, not only had their flights been cancelled, but so too had their Christmas with family and loved ones overseas. 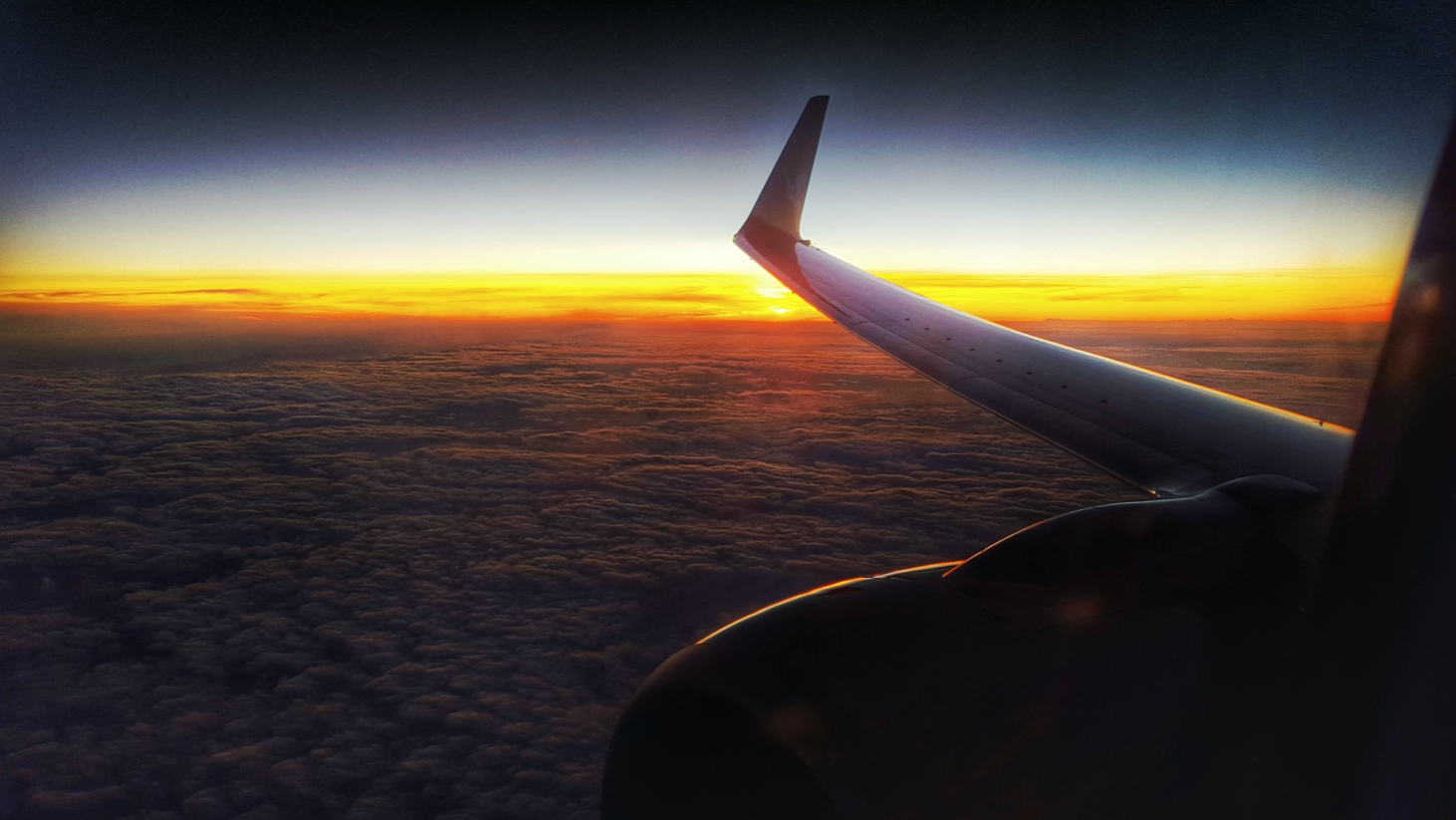 Another one bites the dust.

They (whoever they is) say bad things happen in threes, and this time they weren’t wrong. With the news of Ryanair’s flight cancellations still raw, UK airline Monarch dealt travellers with the final KO blow: at 4am on Monday 2 October the company went into administration.

I am – or rather, was – a big fan of Monarch, having flown with the airline to Egypt, Turkey and Tunisia. I even won a competition on Twitter with the airline, and was awarded a 12-month membership to a diner’s club. So I was extremely sorry to hear that up to 2,100 people stood to lose their jobs, including a friend who works in the legal team at the company’s head office in Luton. But not half as sorry as those directly affected by the news.

A rescue mission to retrieve 110,000 holidaymakers overseas began, with EasyJet and Qatar putting on peacetime repatriation flights from destinations across Europe, including Ibiza, Malaga and Alicante. It would take some passengers hours to get back from countries only two hours away (and for one pair, nearly three days to return home from Alicante).

Meanwhile, those arriving at airports across the UK on that fateful Monday morning were left confused, angry and tearful as their dream holidays were cancelled with no warning. Some were informed just minutes before they were about to board. There were over 300,000 outstanding bookings with Monarch, affecting a total of 750,000 customers due to leave the UK in the coming weeks and months.

The online algorithms used by airlines to determine the price of seats on their flights went into overdrive. Prices rocketed as the now holiday-less passengers frantically tried to book seats on any plane they could that was flying to their destination. Seats that originally cost around £60 were now costing upward of £300 because the algorithms aligned prices with demand.

Andrew Haines, Chief Executive of the Civil Aviation Authority said nearly half of Monarch passengers were believed to have some form of ATOL protection (which is something I always look for when booking a package holiday), while most of the others would receive refunds on their flights through credit or debit card providers. However, passengers who’d booked accommodation separately would struggle to reclaim their other holiday costs, as many travel insurance providers excluding airline failure from their policies.

Sadly the plight of Monarch was not unforeseen. Two of the airline’s biggest markets, Egypt and Tunisia, have been closed to British tourists following a spate of terrorist attacks. The UK Foreign Office immediately advised against travel to Tunisia and Egypt’s Red Sea resorts after the shooting in Sousse and the bombing of a Russian airliner in 2015, stopping all charter flights from the UK. I was affected by this myself, having my Monarch flight to Enfidha-Hammamet cancelled just four days before departure, but that’s another story for another day.

The political unrest in Turkey also badly affected Monarch’s holiday business. In an attempt to make up its losses, the business ramped up the number of seats it offered to destinations in Spain and Portugal. But the cheaper fares were unfortunately unsustainable for Monarch when competing against Ryanair, EasyJet and Norwegian Air. 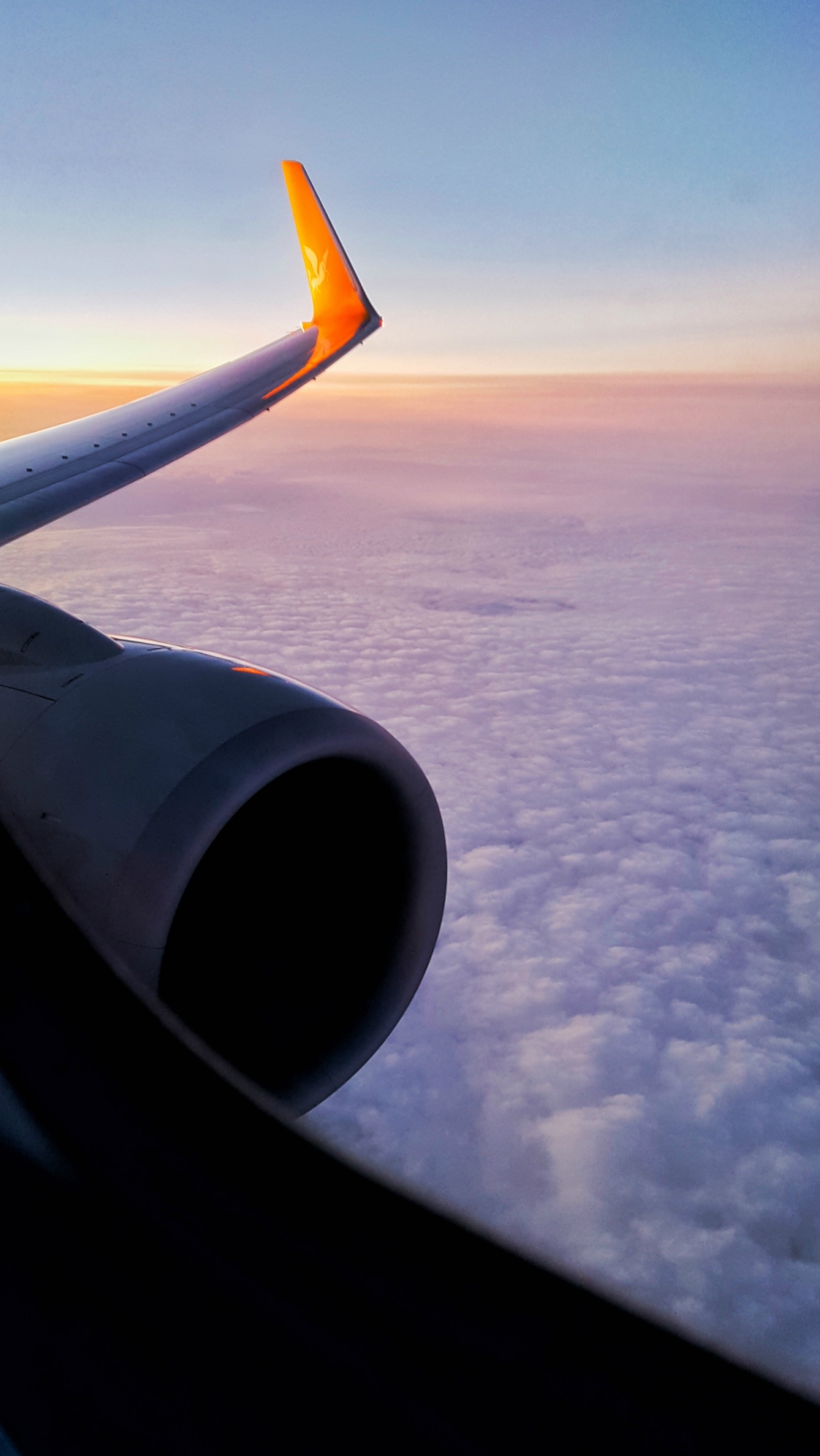 Flight delays are one thing, flight delays can be managed, reorganised. But cancelled flights are a whole other kettle of fish; when your flight gets cancelled all together the knock on affect can end up costing hundreds or even thousands. After a flight cancellation comes an airport parking cancellation, a hotel cancellation, transfer cancellations, car hire cancellations, money lost when buying foreign currency that can no longer be spent.

And of course, there’s the upset when plans fall through.

Ryanair: the airline that doesn’t care.

Up until the news of Ryanair’s flight cancellations, I had been a huge advocate of the low-cost airline. With sales offering seats on flights from London airports to other European destinations for as little as £1, Ryanair made the world a lot more accessible, and for a wanderlust traveller like me, it made ticking off my bucket list a lot easier. The company’s £15 flight from Stansted to Fez allowed me to see (and smell) the wonder that is the Chouara Tannery. And, if it wasn’t for my cheap Ryanair flights to Berlin and Budapest this summer, I would never have completed my mission to visit 30 countries before my 30th birthday.

I also regularly used Ryanair to fly to Edinburgh, to visit my best friend Elaine, who had returned to her motherland after getting married and having babies. Her girls are no longer babies though; the youngest, my god daughter, is coming up for six. The family no longer live in Scotland either.

Nearly two years ago they moved over to Bundoran, a small town on the west coast of Ireland. I haven’t seen Elaine, her husband Matthew or the girls since they moved, and missed them dearly. So when Ryanair launched a sale in June earlier this year, I jumped at the chance of a £25 return flight to Belfast, and booked my seats to coincide with my god daughter’s sixth birthday, planning to surprise her.

But, as I mentioned, I was one of those unlucky passengers whose flights were cancelled.

I received the devastating news on Wednesday 27 September, first by text message, swiftly followed by an email. I read the email carefully: I could have a refund or I could request a seat on another Ryanair flight. But there were no other Ryanair flights to Belfast this side of Christmas – in fact, no flights to Belfast until April next year. So it seemed I had no option but to take the refund. I looked for alternative flights from London to Belfast with other airlines, but the cheapest I could find was with EasyJet at £193 return – a cost I just couldn’t justify (I’m in the process of buying a new house).

The next day, by way of apology, Ryanair sent another email offering a voucher for £80 off my next flight. “That’s not too bad,” I thought, as my original flights had only cost £25 – I could visit over the Easter holidays for Elaine’s birthday. But then I read the small print: the voucher had to be used before 31 March 2018. It seemed like some kind of cruel April Fool’s joke, as the airline had cancelled flights between London Gatwick and Belfast until 1 April 2018. Talk about rubbing salt into the wound.

I joined the myriad of angry customers and took to social media to vent my frustration. I also highlighted the sheer idiocy of the £80 voucher gesture when flights to my destination were suspended until after the voucher had expired. My tweet received a fair bit of attention, with over 70 likes and 80 retweets. This was followed by requests for interviews from journalists at Sky News, ITN News, BBC radio and The Times. Not that it helped – Ryanair didn’t respond to my tweets. When I tried calling customer services I got told to fill in an online form. But the website was down and online web support was sending me around in circles.

Though it’s of no real consolation to me, I’ve read online that Ryanair’s COO, Michael Hickey, resigned following the mishap. I wasn’t surprised to read that rival low-cost airlines have reported an increase in bookings following Ryanair’s cancellations, either. Many passengers are now nervous to book with Ryanair, fearing more cancellations. I, for one, will never travel with Ryanair again.

Feeling deflated, I realised that my plans to visit my best friend and surprise my god daughter for her birthday were thwarted. I contacted Elaine and regrettably explained the situation. She was understanding and sympathetic.

But then I had an idea…

Avios and British Airways to the rescue.

This tale isn’t all doom and gloom; there is a happy ending after all. Because, after a fab wintery weekend in Bundoran, I’m sat here writing this from the comfort of the British Airways business class lounge at Belfast City airport, awaiting the 7.25pm flight to Heathrow T5.

Because, just like when I managed to book a 4 star hotel in Budapest for free, I used my Avios points to save my travel plans. For 15,000 points plus £50 taxes, I was able to fly to Belfast to meet Elaine, spend some quality time with her family and friends, and meet new canine additions to the family, Darragh and Braidy. I even squeezed in a few pints of Guinness and a visit to the Fairy Bridges and Wishing Chair of Bundoran. It was so good to see Elaine after nearly two years – and though we’re no longer close geographically, it was just like old times.

Some may think it’s a waste of my Avios airmiles to fly business class on a 45-minute to Belfast – but for me, it was the only option left after Ryanair left my travel plans in turmoil. So, a massive thank you to Avios and British Airways for making a weekend with my oldest, dearest friend a possibility.

113 thoughts on “Why I’ll never fly with Ryanair again.”