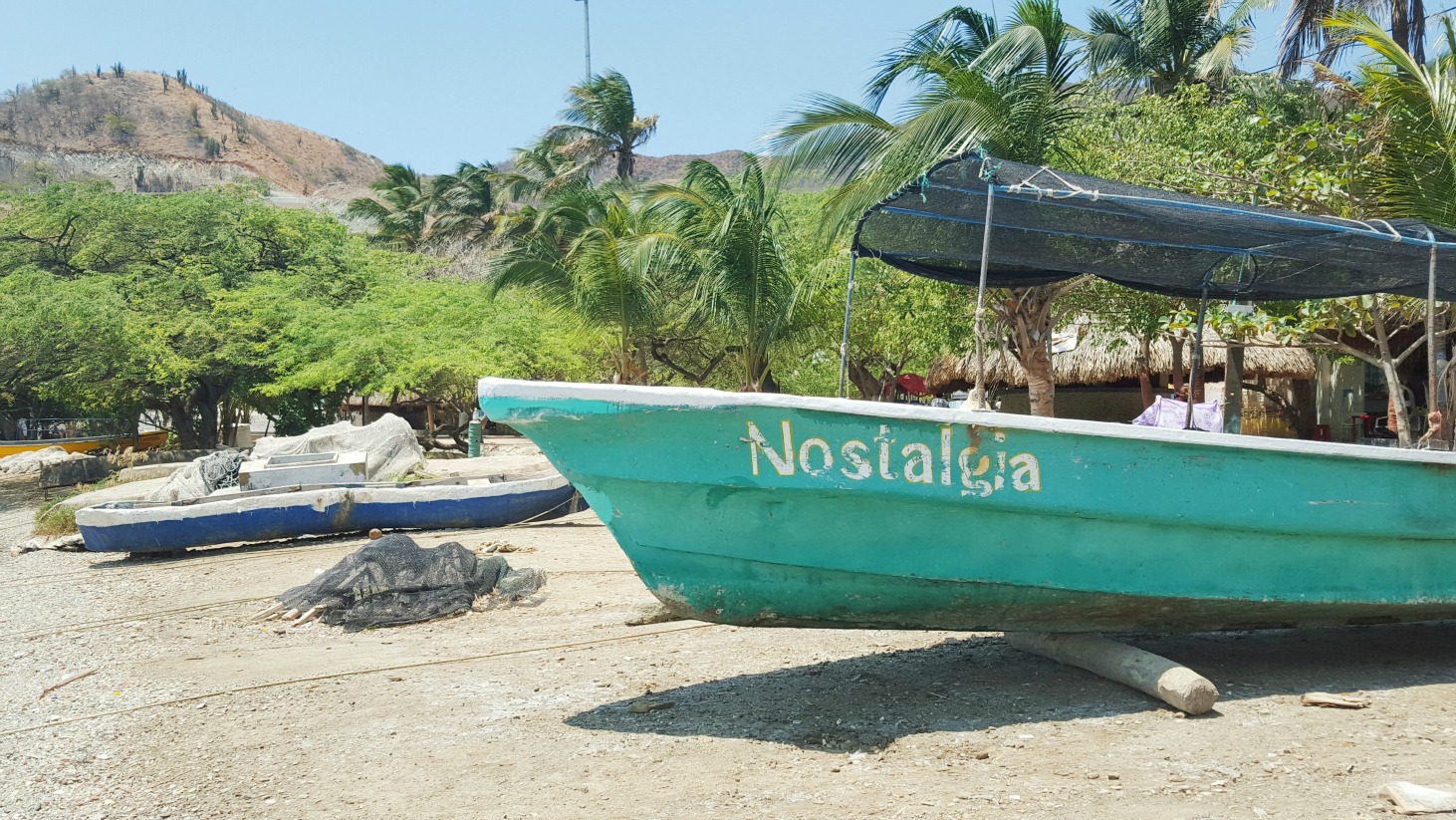 This year, 2016, is going so quickly. We’re already nearly at the end of the second month, and I’m just back from my second trip of the year (a little weekend jaunt to Barcelona). So I should probably hurry up and finish telling you where else I went in 2015.

My first four countries of 2015 saw me wrapping up warm to endure arctic conditions in Norway, the US (New York), Finland and Austria. But the next three countries were a lot hotter – in fact, temperatures got as high as 38c while lazing around the pool in Tunisia, and 40c in Cartagena.

Though I’d been to Spain a handful of times before, my brief trip last year saw me visiting sunny Madrid for the first time, AND ticking another thing off the bucket list: go to an overseas football match.

I’m not a die-hard football fan, and the only tournaments I tend to follow are the World Cup and the Euros, but I’ve always wanted to go to a foreign match. The closest I’d gotten up until April last year was the Boxing Day derby between Celtic and Rangers a few years ago (which was pretty awesome, I won’t lie), so when the opportunity came up at work to attend the 2nd leg of the Champions League quarter final between Real Madrid and Atlético Madrid, I jumped at the chance. Obviously I would be working at the event, but this was a good kind of work.

We were sat on row 15, smack bang on the half way line – you couldn’t get better seats (unless maybe you were sat on row 14, 13…). If I’m honest the game itself had a pretty boring first half, with no goals and not a lot of action. The second half wasn’t much better, until a super late goal by Javier Hernández in the 88th minute, which crowned Real the winners and put them through to the semi finals. When Hernández scored that goal, the whole of the Santiago Bernabéu Stadium erupted. It was spectacular.

Seriously, what an atmosphere, I’ve never experienced anything like it. I think that the only thing that could top it would be an England international game, maybe at Euros 2016… Watch this space.

After a few hectic weeks in the office, I decided in May that I needed a proper holiday, with no work commitments, lots of sunshine and zero stress. I ended up booking a relaxing week away in the Tunisian resort of Sousse (for the bargain price of £180 each – more about finding cheap all-inclusive holidays in another post coming soon), taking my mum along for the company and the adventure.

I love Tunisia; the people, the weather, the food, the culture. A lot like the other North African countries I’ve been to and fallen in love with – Egypt, Morocco and The Gambia – there’s something about Tunisia that I find fascinating. It’s like a mystical land where time has stopped and modern day life hasn’t quite yet caught up. Sure there’s the odd McDonald’s and Subway dotted throughout the towns, but tradition still plays a massive part in the Tunisians’ culture, and where modern buildings have been gone up, it hasn’t been at the sacrifice of historical old ones, which still stand proud, their white walls gleaming in the sunshine.

My love affair with the country led me to go back just four weeks later, for another five days of R&R in the same resort – the Marhaba Royal Salem. Natalie, a girl I’d made friends with during the first trip, came out again too, this time bringing her fiancé. I’ve seen the couple a few times since being back in the UK, and they’ve become good friends.

I’d booked to go again in July, but unfortunately the terrorist attack on 26 June 2015 in Sousse halted those plans. I was devastated, I won’t lie. But also scared – I had been on that beach just five days before. The Marhaba hotel was just a few minutes up the beach from the hotel where the attack took place, so naturally I was worried about all the people I knew who worked over there, and the other holidaymakers I’d met. Thankfully everyone I knew was ok, but my thoughts and condolences go out to the friends and families of the 38 people killed.

Despite all the negative press and comments about Tunisia not being safe for Brits now, I would love to go back again, even if just for a long weekend. I’ve heard there is a lot more to the country than sandy beaches and the lovely blue Mediterranean, so as soon as flights become more readily available, I’ll definitely look at getting back out there.

Straight after I was back from Tunisia, I packed my carry on for another trip away: a weekend working in Paris. I hosted an event with some amazing lifestyle bloggers, taking them across the Channel for a chance to test drive the Samsung Galaxy S6 and Three’s Feel At Home service (which essentially offers free data roaming in a few countries, including France). We’d arranged a cycling tour of Paris, taking in the most famous sights as we pedaled along the banks of the river.

Cycling along the River Seine in the 30c heat was pure bliss – all the bloggers and I took plenty of photos, even though we only cycled for about four hours. I’d thoroughly recommend it, even as just a day trip, catching the Eurostar over in the morning, and taking it back in the evening.

I’ll have a full post on the top things to see along the Seine up soon, but for now, here’s a sunny picture of Paris’ most famous monument (though not its most visited, apparently…):

My big trip last year was to Colombia. Not your usual holiday destination, I know. Whenever I told people I would be spending nearly a month of the summer in Colombia, I was shot down with derogatory comments about drugs, violence and corruption.

My grandma warned me to make sure I “order Pepsi in restaurants, not Coke”, and a friend’s dad stated that if I was his daughter then he wouldn’t allow me to travel to “that country”. Luckily my own parents were a lot more receptive of the idea, and my mum volunteered to look after the cats (as she always does when I go off gallivanting around the globe) – I am eternally grateful for their support in my adventures and endeavors.

So why Colombia then? Well, one of my best friends, Carolina, is Colombian. Her and her Colombian husband Mario live here in the UK, but after the birth of their second child in June, Carolina decided to use her maternity leave as a chance to take the baby to Colombia, so their families could meet the gorgeous newborn. When they asked back in 2014 if I’d like to spend the summer with them in Colombia, I jumped at the chance. We all booked our flights in the Avianca January sale (long before any of my other trips for 2015 were planned, and before Carolina even had a bump!) – it was extremely exciting for me, having never been to South America before.

When August eventually rolled around I could hardly contain myself – Carolina and Mario were already over in Colombia, so I made the mammoth journey alone, which was nerve-wracking but also liberating. Once there I travelled all over the country – first to Cali and Bogota with my friends, and then to Santa Marta and Cartagena by myself, where I made new friends. And where I got to practice the Spanish I’d learned in the previous fortnight with the families.

It was, without a doubt, one of the most amazing trips I’ve ever been on – and it will take a lot to top it, that’s for sure.

I am so thankful for all the family’s help during my stay – especially to Mario’s parents for hosting me in Cali, to Carolina’s mum for hosting me in Bogota, and for all the aunts, uncles, cousins, brothers, sisters, -in-laws, friends and other family members who made my stay in Colombia such an awesome experience. Without any of these people, I wouldn’t have had my eyes opened to the real Colombia. 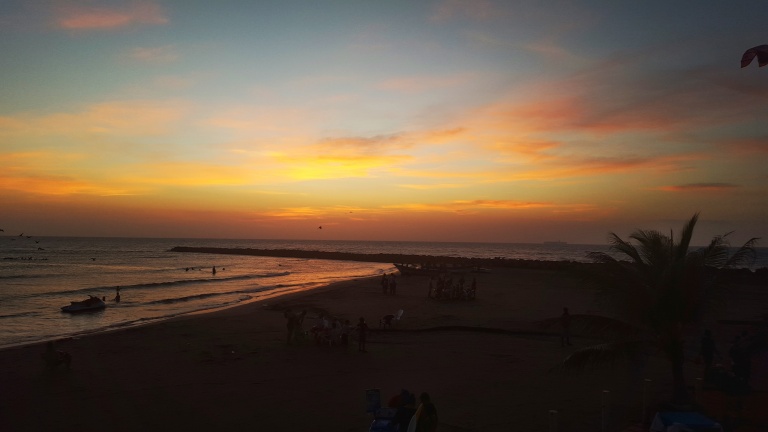 As I mentioned earlier, I’ve just got back from a weekend in Barcelona, so watch this space for a round-up on everything I saw and did during my two days there, including some interesting facts about Gaudí you might not have known. And next week I’ll be jetting off on another adventure: Puerto Rico. Cannot wait.

Oh, and I’ve also just hit 1,000 followers on Instagram, so thanks very much guys. Let me know what you think of the blog and my photos in the comments section below.