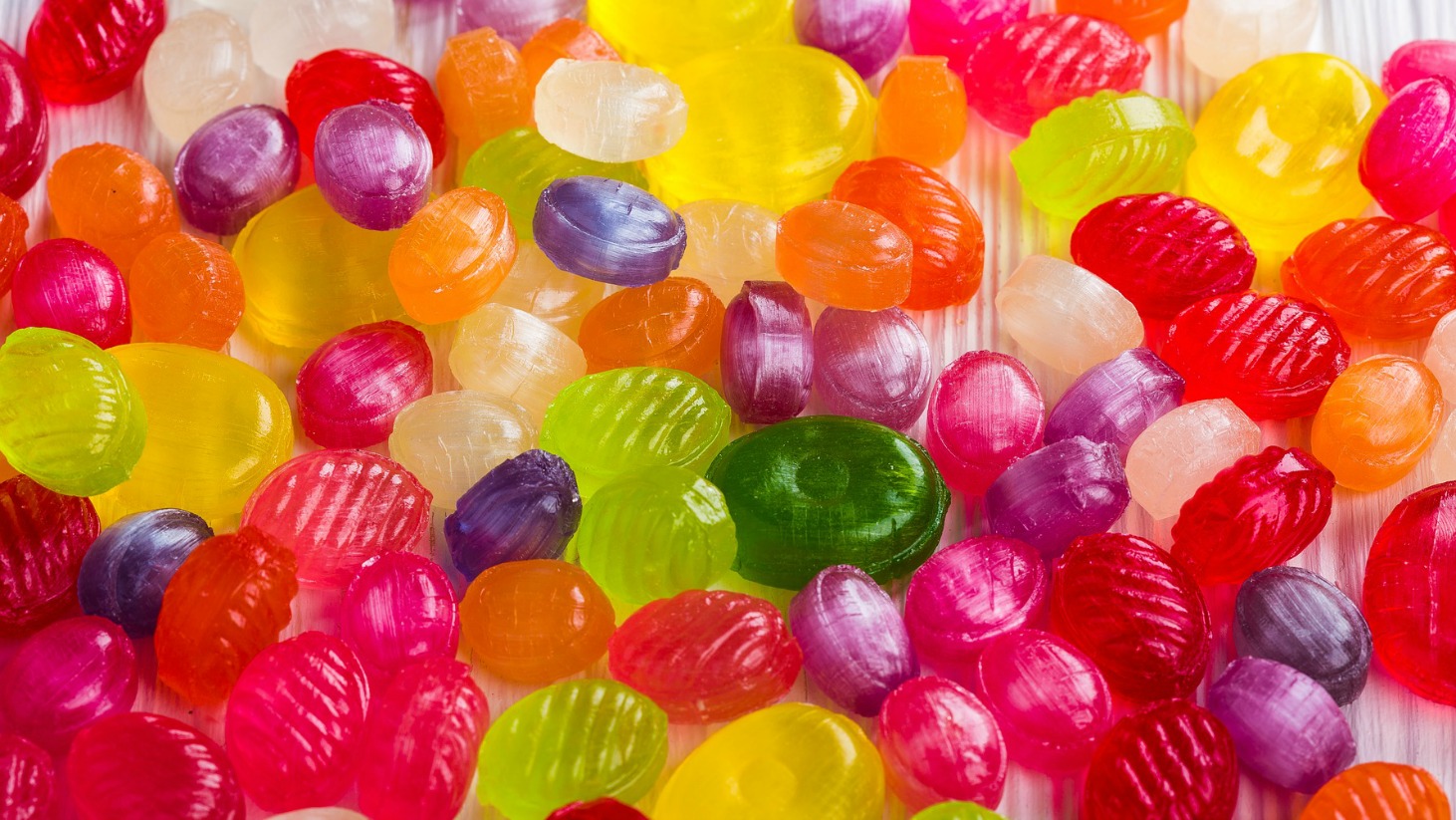 Tomorrow I’ll be heading to Berlin, making Germany the 29th country in my mission to visit 30 countries before I turn 30. If I’m being completely honest though, Germany isn’t a country that’s ever really been on my radar – not because I have anything against Germany, but more because there are so many other countries on my bucket list.

There’s no reason why I’ve not been to Germany already – it’s more that I didn’t really have a reason to go before. That was until, after booking the cheapest flight I could find to a country I hadn’t been to already, I started researching things to do in Berlin. This led me to find this beautiful creation on Instagram:

Isn’t it just magnificent? I know it’s not one of the things that people usually shout about as a must-do when visiting Berlin, but I’m definitely adding this to my itinerary. So make sure you follow me on Instagram for pics.

This got me salivating and thinking: which city in which country serves the ultimate dessert? So here is my foodie bucket list, the dessert edition, for some inspiration:

These bagels are the bagels that broke the internet. But I have to confess, when I first saw the clip below doing the rounds on Facebook, I didn’t watch the whole thing and I didn’t put the sound on – I thought those rainbow rings were Play-doh or something crafty.

When I watched again, I decided there and then that next time I’m in New York I’d make a trip over to The Bagel Store in Brooklyn just to try one. Bagels are usually a savoury thing, but spread with a thick layer of Birthday cake (Funfetti) cream cheese, these are a colourfully creative sweet treat.

Is it a plate of spaghetti? Is it covered in tomato sauce and Parmesan cheese? Nope, it’s a plate of whipped cream, covered in ice cream spaghetti, drizzled with strawberry sauce and dusted with white chocolate curls. And it’s from Caffe e Gelato.

This one is in Berlin, so I’m hoping to tick this one on my upcoming trip too. Mmmmm.

Popular Toronto restaurant Platito serves what it calls “traditional Filipino soul food”, with a range of purple ube-inspired desserts. In case you’re unfamiliar with ube (pronounced oo-bae), it originated from the Philippines and refers to a bright purple sweet potato that is traditionally boiled and mashed with condensed milk and butter to form a type of dessert. Overnight ube has become the base flavour for artisanal desserts around the world, from ice cream to Pop Tarts and doughnuts. Its creamy consistency, subtly sweet flavour, and vibrant colour make it easy to love by almost all who try it.

Platito says the most popular dessert at its restuarant is the ube waffle, which is served with a scoop of ube ice cream and a squirt of yema sauce, then topped with ube wafer straws and macapuno (a kind of mutant coconut).

What could be better than one amazing dessert? Combining two amazing desserts into one, of course. And that’s exactly what’s happened with this massive doughnut ice cream sandwich.

Childhood friends, Rob Robbins and Shane Stanger, left their careers to follow their true passion: serving up inventive sweets to their home town of San Diego. At The Baked Bear, they assemble monstrous ice cream sandwiches that have won the hearts of locals and drawn accolades from Forbes, Eater, Thrillist and more. And me – and I haven’t even tried it yet.

Imagine some delicious scoops of cookie dough ice cream piled high in a cone, melting faster than you can eat it. Now imagine it without the ice cream. “But that’s just a cone” you’re thinking. Well my friend, think again cos now it’s possible to buy scoops of edible cookie dough.

The Cookie Do shop in New York opened earlier this year, serving up edible cookie dough like its ice cream and causing quite the stir. It uses pasteurised eggs and heated flour, so you don’t even have to worry about food poisoning from raw ingredients (not that that would stop you anyway, I’m sure).

My brother is a massive cereal fiend – he’d have a bowl for every meal of every day if possible. His favourite cereal? Lucky Charms. Though as they were withdrawn from the UK back in the 90s, they’re now only available in the world food aisle of big supermarkets, or in those American candy shops, where a box will set you back about £5 (a fiver, for cereal, cereal-sly!).

So when I saw this clip of Lucky Charms ice cream in a family-run Portland ice cream store (Salt & Straw), I had to forward it to him. When I looked into the store a bit more, I found a whole host of interesting and unusual flavours, ranging from the tempting “Bourbon Distilled Cherries Ambrosia” to the slightly dubious “Pear & Blue Cheese”. I’ll try anything once though, so get me (and my brother) there.

With scones covered in jam and clotted cream, tiny crust-less cucumber sandwiches and a steaming pot of Earl Grey, there’s nothing that screams “British” more than afternoon tea. Except maybe afternoon tea served on an iconic red double-decker bus while travelling around London, passed the capital’s most notorious landmarks.

B Bakery offers the unique experience of high tea (or a few glasses of G&T) accompanied with an array of tasty sandwiches and delicious cakes and pastries, all while being driven round the London Eye, Big Ben, the Houses of Parliament, Westminster Abbey, St James’s Park, Hyde Park, the Royal Albert Hall, Marble Arch, Nelson’s Column and Downing Street. Now I’m living back down south, this is something I definitely want to add to my foodie bucket list.

Just outside of Bangkok, the Mermaid Island Cafe is an adorable deep sea oasis that serves up the cutest pastel-coloured desserts. Put on a set of fins provded by the cafe, get comfortable at a turquoise and pink table, and prepare for an ocean-themed experience. The menu includes oyster-shaped desserts, rainbow waffles and vibrant frozen drinks.

Oh, and if you need more persuasion to visit, there are gorgeous mer-pups to pet there too.

9. The 74-step dessert in Sydney, Australia.

The infamous 74-step dessert is the creation award-winning pastry chef Anna Polyviou. With her many piercings, bleached blonde Mohawk, colourful G-Shock watches and rad high-top sneakers, she doesn’t look capable of creating such a delicate dessert, but looks are definitely deceiving here.

The dessert, ironically named “Anna’s Mess”, takes 74 steps to make – but the only way to eat it is to smash it to smithereens. With layers of white chocolate, black sesame and Cara Crakine dark chocolate, strawberry coulis, joconde sponge, financier sponge, mascarpone and vanilla mousse and raspberry curd, then decorated with strawberries, mint and little meringue kisses, this is the ultimate dessert.

10. Ice creams of the world in Los Angeles, California.

And finally, if your lack of funds or work holiday allowance means can’t travel around the whole world, then just travel to LA. The Wanderlust Creamery ice cream shop in the Californian city lets you explore the globe with your tastebuds, with artisan flavours inspired from different countries.

Using that purple sweet potato again, the Ube Malted Crunch flavour was thought up by the shop owners to reflect their Filipino-American roots, and it’s really popular with customers. The Sticky Rice & Mango flavour came after a trip to Thailand, while Mascarpone & Blueberry Elderflower has hints of Sweden. So many amazing flavours.

So there you have it, 10 ultimate desserts for travelling foodies. Have you got a dessert you’d add to the list? Or have you tried any of these? Let me know in the comments below. I’m off to pack for my trip to Berlin now – where are my shorts with the elasticated waist band?

99 thoughts on “The ultimate dessert bucket list for travelling foodies.”